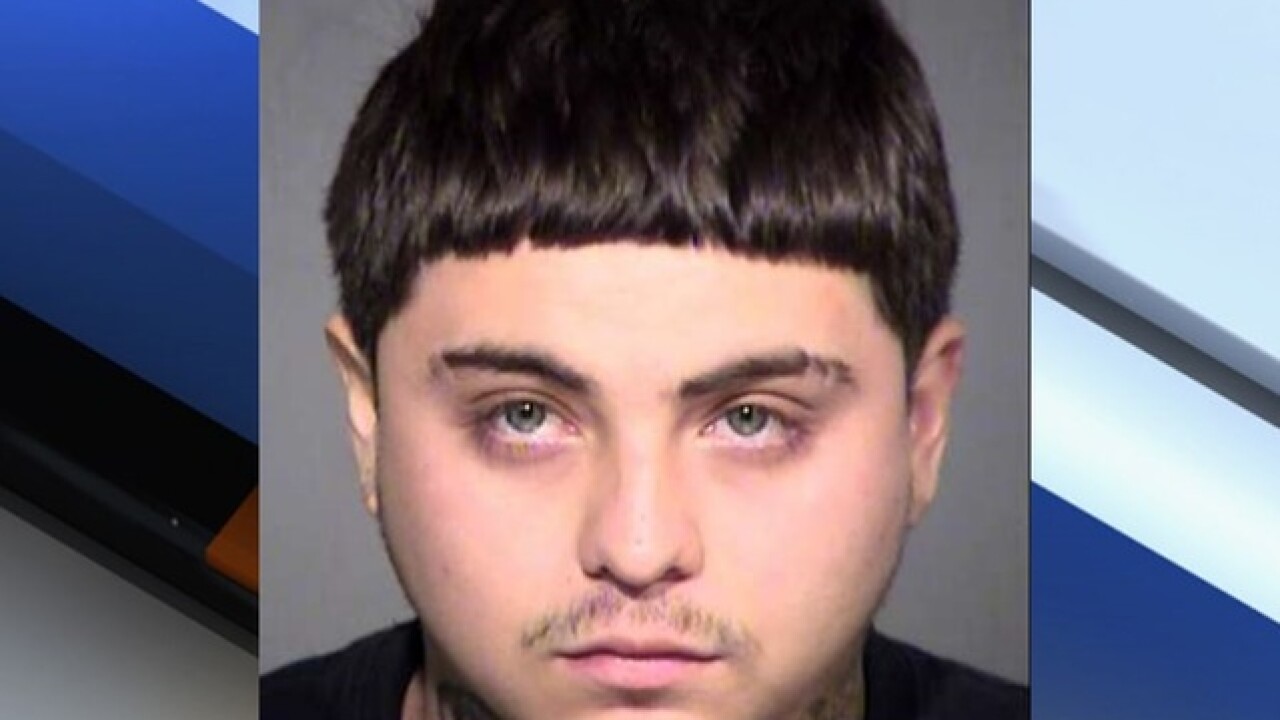 A Phoenix man has been arrested after allegedly luring a 13-year-old girl he met on social media, then sexually assaulting her in her room.

Phoenix police report that in November of 2016 20-year-old Mario Christian Perez Ortiz posed on social media as a 16-year-old boy. He attracted the attention of a 13-year-old girl who was also posing as a 16-year-old.

During their online conversations, Ortiz reportedly sent sexually explicit messages to the girl enticing her to sneak him into her home.

One night while in her room, Ortiz allegedly began sexually touching the girl who tried to leave her room. Ortiz prevented her from leaving, telling her to "shut up and stop crying" as he sexually assaulted her.

Police say in June of 2017 Ortiz contacted the girl again and attempted to lure her for sexual activity. Ortiz was caught by police on June 28 running from the girl's home near 51st Avenue and McDowell Road.

Ortiz is being held without bond on multiple charges of child molestation, luring a minor for sex and sexual conduct with a minor.