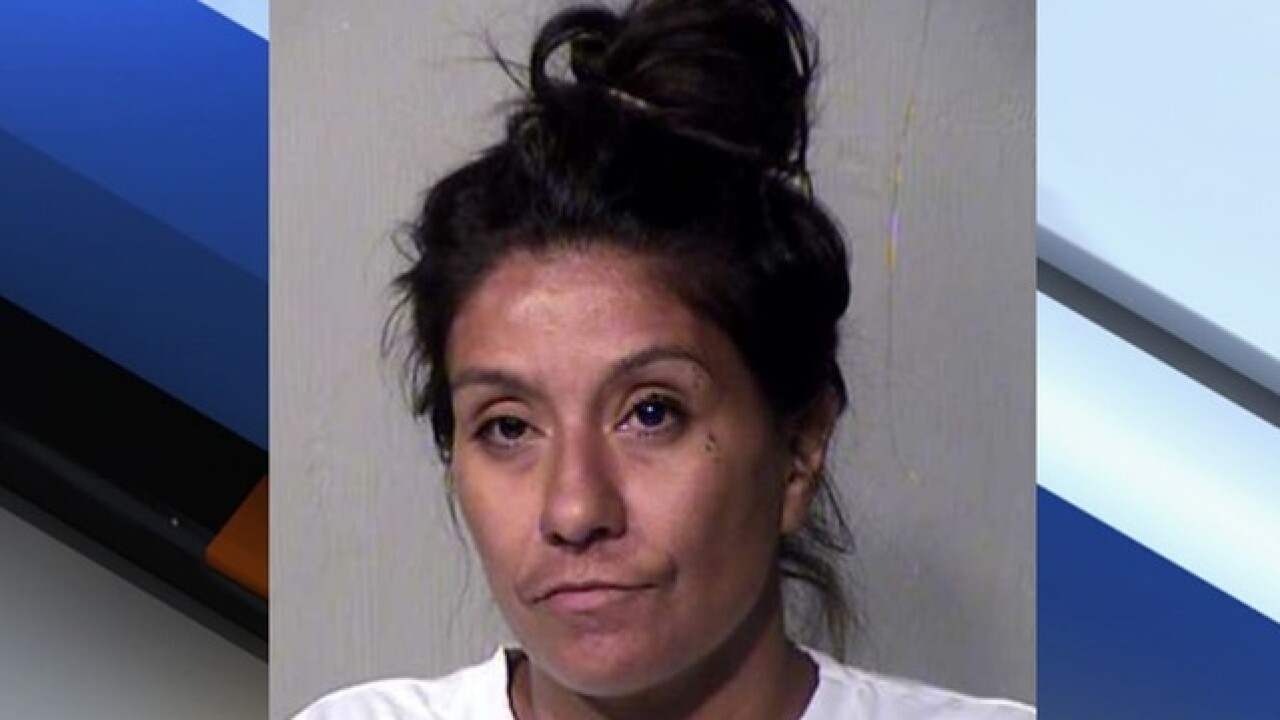 A woman has been arrested after police say she attacked her ex-boyfriend with a brick, and punched another man to escape.

Phoenix police report that on September 16 April Isabel Hernandez, age 40, came after her ex-boyfriend with a brick attempting to hit him in the head.

Police say the victim was able to grab her arm and prevent the assault.

Hernandez then allegedly threw the brick at a woman sitting next to her ex-boyfriend. Several people had to jump out of the way to avoid being struck with the brick.

Court paperwork says Hernandez went after her ex-boyfriend again, throwing over a table of food and trying to "claw him in the face."

Another man tried to grab Hernandez, but Hernandez elbowed him in the groin. Police say when he was bent over, Hernandez did a "spinning closed fist strike to the side if his head."

She then ran away.

Hernandez was spotted by a witness at a bus stop a few hours later, and she was arrested.

She has been charged with aggravated assault.