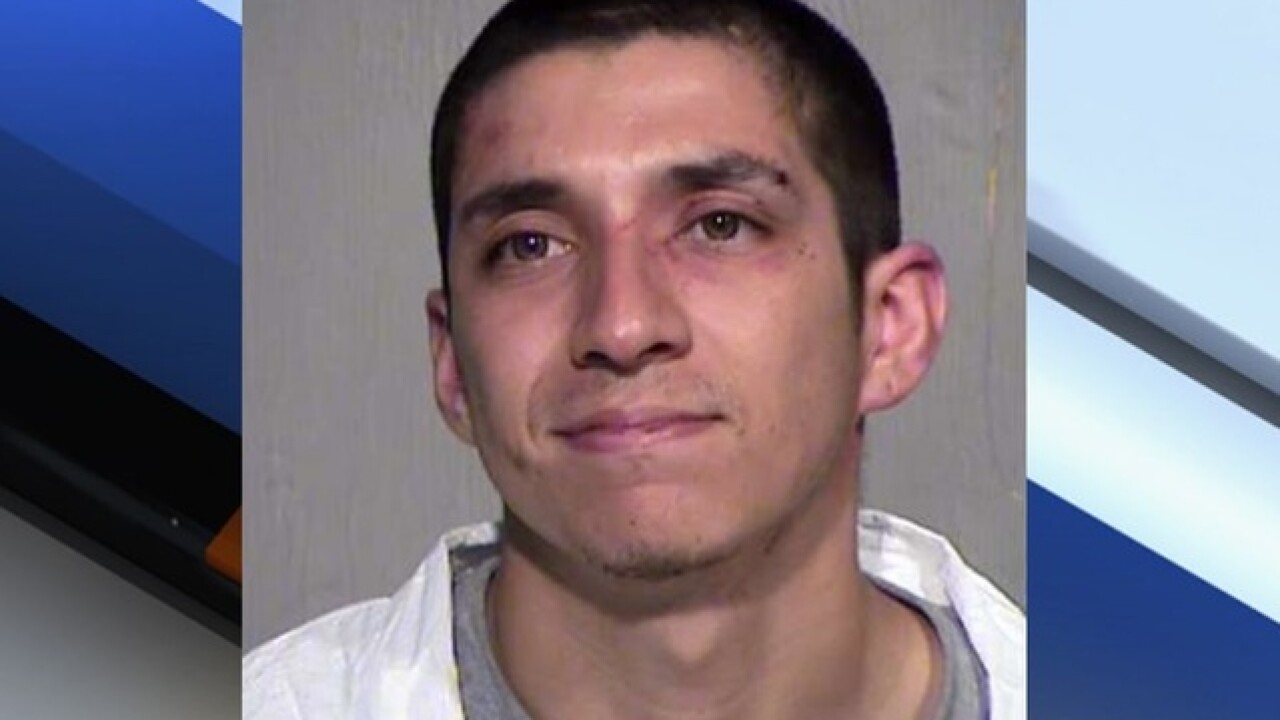 Copyright 2018 Scripps Media, Inc. All rights reserved. This material may not be published, broadcast, rewritten, or redistributed.
MCSO
<p>Alonzo Gutierrez</p>

A man police believe is responsible for seven armed robberies in 16 days was caught after officers received a tip identifying the subject.

Gutierrez was armed with a black handgun as he reportedly robbed Cricket, MetroPCS, and T-Mobile stores, police say. All but one of the stores are in South Phoenix and none of the victims were injured.

During one of the robberies, Gutierrez allegedly said, "It's not personal, I just need the money for child support."

On November 7, police received a tip identifying Gutierrez as the suspect, and he was positively identified by the robbery victims.

Gutierrez was already on probation for an armed robbery conviction from May of last year.

Gutierrez' bond was placed at $100,000. Police would like to charge him with multiple charges of armed robbery, kidnapping, and aggravated assault.