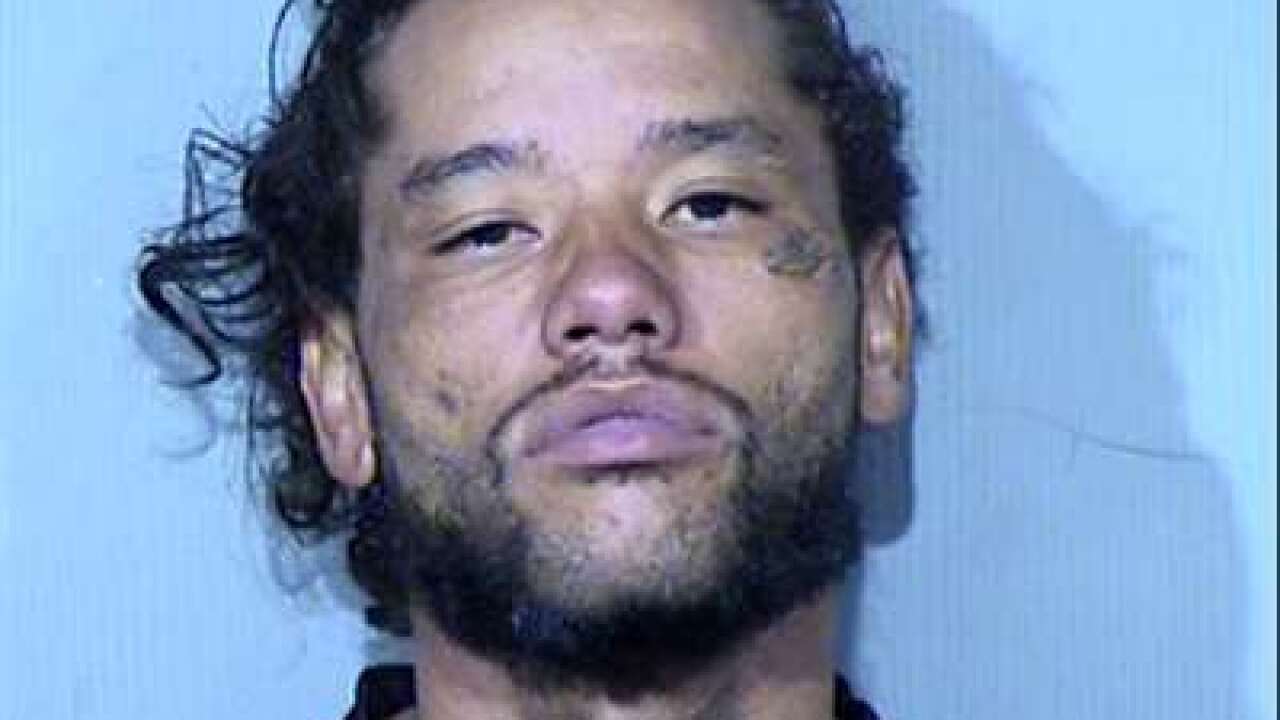 PHOENIX — A man returned home to find an intruder in the room that belonged to his deceased wife.

Phoenix police report that on November 8, a man and his son returned to their home near 27th Avenue and Bethany Home Road.

Once inside, the man and son reportedly found a handwritten note saying someone could stay in the home. The homeowner reviewed his security video and saw a man, later identified as 32-year-old Edward Charles Williams, eating food and looking through the house.

The homeowner also noticed the door to his deceased wife's room was closed, when it's usually open. He opened the door and found Williams sitting in the room.

The homeowner pointed his handgun at Williams demanding him to turn around and face him. Instead, Williams allegedly fled out the bedroom window.

Police located Williams a few blocks away running on a sidewalk while school was being let out. Officers tackled and arrested Williams.