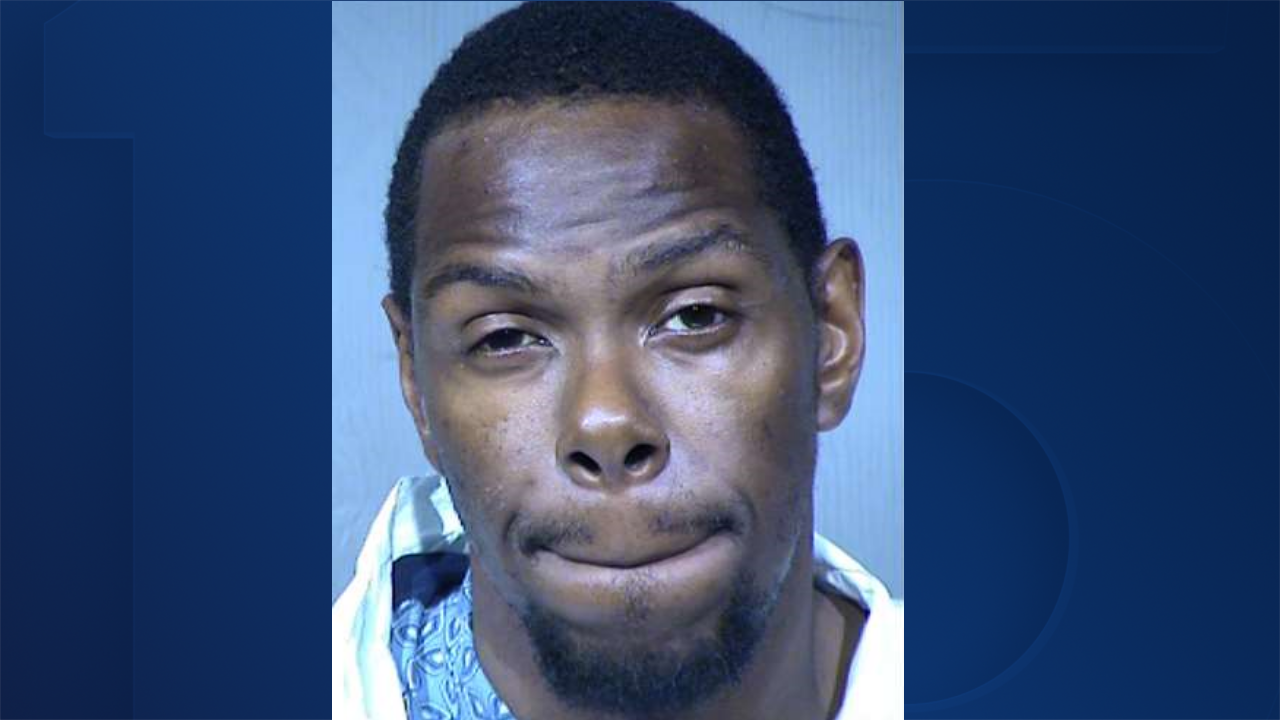 PHOENIX — A woman and baby fled for safety as her boyfriend fought off an armed intruder after the suspect's gun misfired.

Phoenix police report that on Valentine's Day morning, a man later identified as Edward Fionne Collins, 36, forced his way into his ex-girlfriend's home near 16th and Van Buren streets.

When he got into her bedroom, Collins allegedly pointed a handgun at her and her boyfriend and pulled the trigger, but the gun did not fire. He then struck the boyfriend in the face.

As Collins racked the gun, the boyfriend grabbed his hand, and they fought over the gun. One shot was fired, and the man told his girlfriend to grab the baby and run. Police say as they struggled over the gun, two more shots were fired.

The boyfriend got control of the gun and ran away after pushing Collins into the bedroom window.

When police arrived, they reportedly found Collins outside, and he was struck with bean bags and pepper balls. Police say Collins attacked the officers by spraying a fire extinguisher at them. The officers fired a stun gun and detained Collins.

Police say there were three other children in the home as the shots were fired. No one was injured.

During their investigation police say, it was discovered that Collins was convicted and placed on lifetime probation for sexual conduct with a minor in 2015. He is also a current suspect in a 2017 incident where he allegedly offered a cell phone as payment for sexual favors from an 11-year-old girl. Court records show that biological testing is in process in this case.

Collins is being held on a $250,000 bond and has been indicted for burglary, aggravated assault, endangerment, and various child sex crimes.