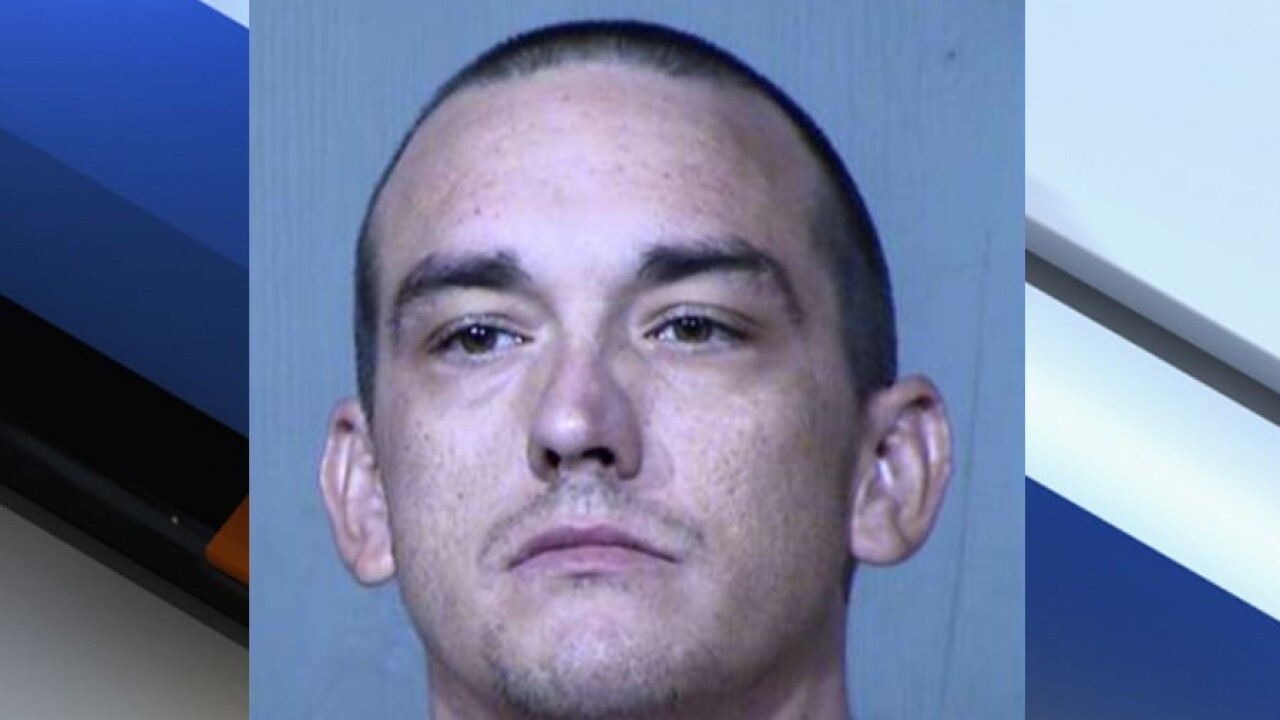 PHOENIX — A Phoenix man has been charged with assault after a three-car crash involving a pregnant woman.

On September 22, emergency crews responded to the scene near 24th and Oak streets just before 2 p.m.

Police tell ABC15 the wreck happened after 31-year-old Cory Vargo ran a red light and collided with a car driven by a 30-year-old man. When the cars collided, police say the man and his 27-year-old female passenger were ejected from their vehicle. The female was nine months pregnant.

Phoenix firefighters transported the woman to the hospital, where she delivered the baby safely. The mother sustained a serious but non-life-threatening injury, officials say.

Vargo reportedly told police that he dropped his cell phone between the seat and the center console and was trying to retrieve it while he was driving.

He allegedly admitted to smoking marijuana the morning of the crash and using meth the night before.

Court records show that he was driving on a revoked license from a prior DUI involving marijuana.

Vargo has now been charged with aggravated assault and endangerment.