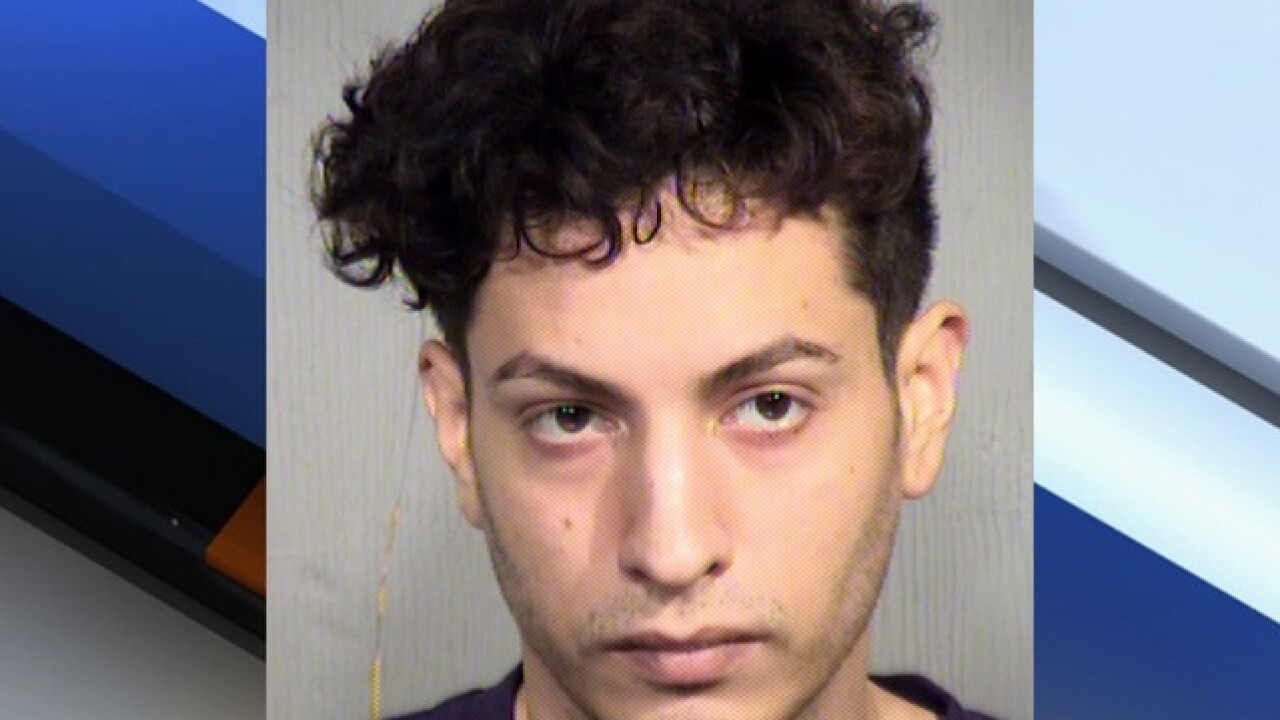 A man was beaten to death with a hammer by his jealous husband last weekend.

Phoenix police report that late Saturday night they responded to a home near 7th Street and Thomas Road for a suicidal man.

When they arrived, roommates forced open a bedroom door where police found 24-year-old Yacoub Armando Aranda with "several significant and deep lacerations on his left forearm."

Police say there was a significant amount of blood on the bed, walls, and floor of the bedroom.

On the bed, officers also saw a deceased man with severe head trauma.

Aranda allegedly told police that he ingested over 20 prescription pills and thought he hurt the victim, but couldn't remember how.

Witnesses reportedly told police that the victim wanted a divorce from Aranda and told him to leave the home.

Police say witnesses reported to them that Aranda was jealous and would stalk the victim and accuse him of cheating.

Police accuse Aranda of beating the victim to death with a hammer.