PD: Phoenix man arrested for sex with minor after returning from Sudan 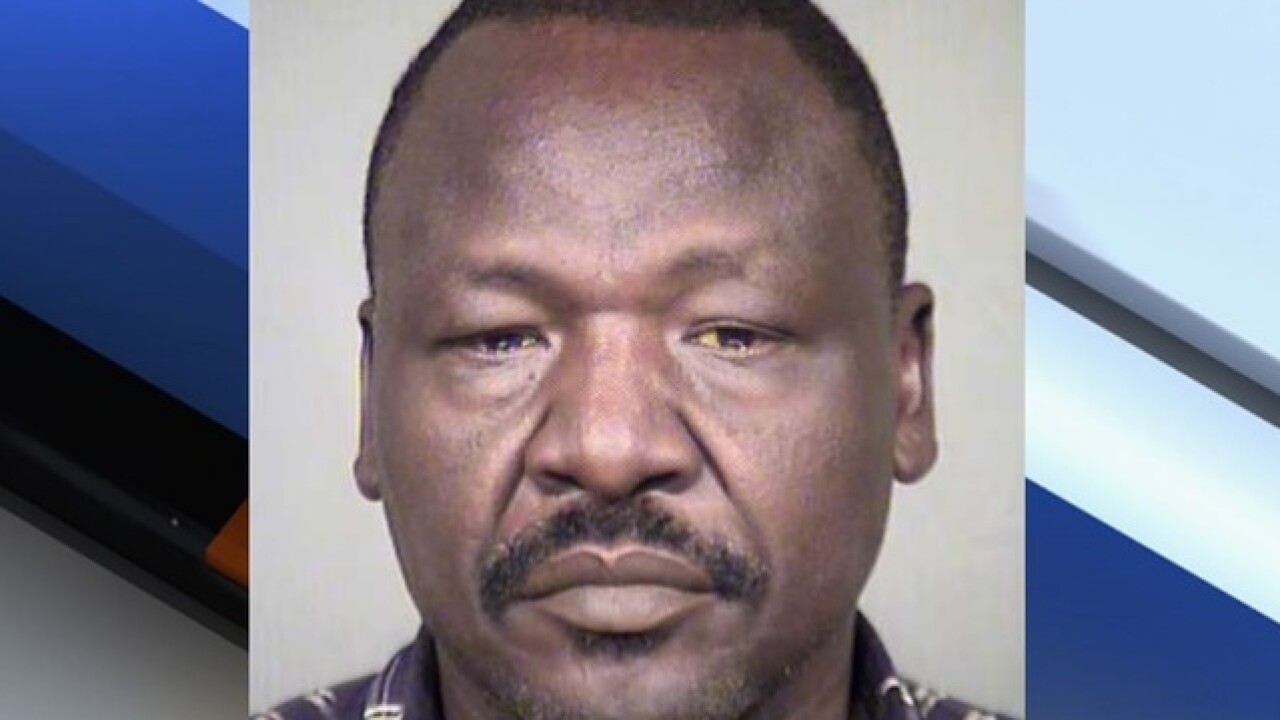 Copyright 2018 Scripps Media, Inc. All rights reserved. This material may not be published, broadcast, rewritten, or redistributed.
MCSO
<p>Kamal Ibrahim</p>

A man was taken into custody for sexual conduct with a minor after returning from Sudan.

Phoenix police say a 15-year-old girl reported that 52-year-old Kamal Ibrahim forced her to have sex with her multiple times and promised to marry her.

However, in September 2017, upon learning that the girl was pregnant, Ibrahim left Arizona for his home country of Sudan.

Police say they met Ibrahim when he returned to Arizona, in late December, and got a court order for a DNA sample.

He was arrested on December 30 at his home near 21st Avenue and Camelback Road.

Ibrahim has been indicted on multiple counts of sexual conduct with a minor.