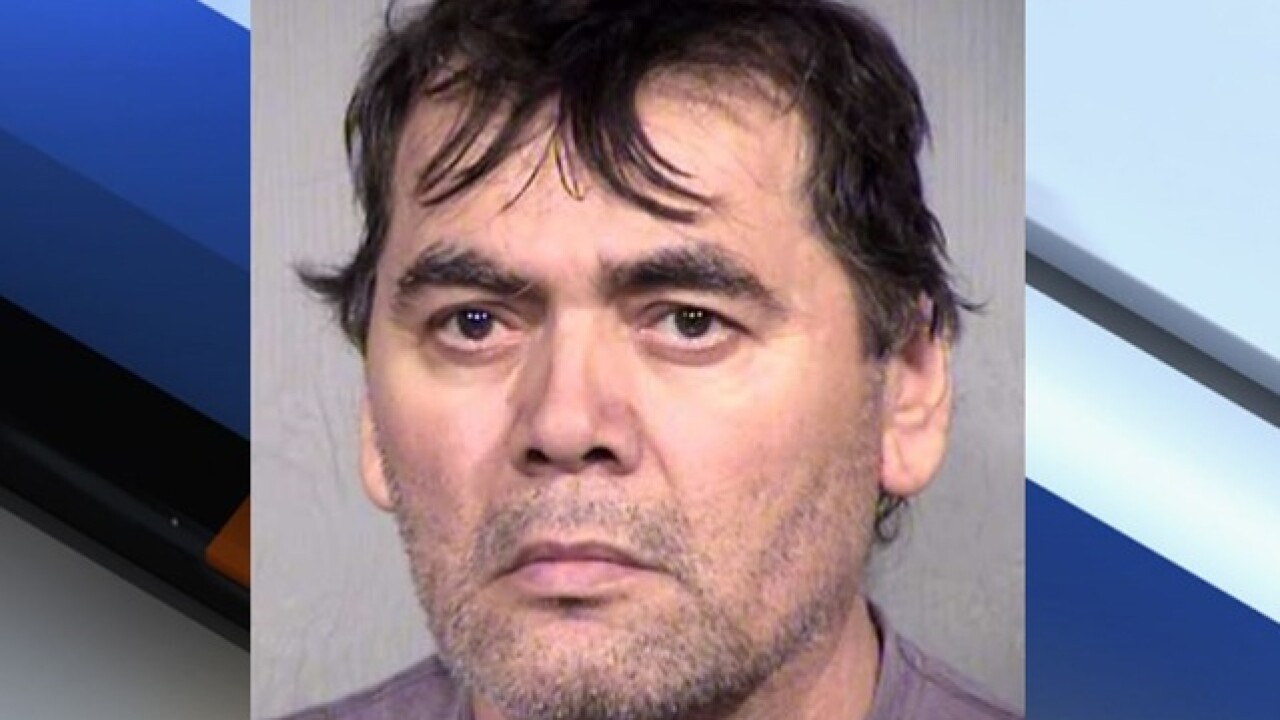 A Phoenix man has been arrested after being accused of having sexual contact with a pre-teen girl in 2004.

Phoenix Police report that on July 26, they arrested 60-year-old Ruben Garcia Hernandez at his home near 19th Avenue and Thomas Road.

Police say a woman came forward and accused Hernandez of molesting her in the summer of 2004. Hernandez was a neighbor and family friend whom the victim worked for during the summer.

They were working on a house in the neighborhood when Hernandez allegedly pulled the girls pants down and grabbed her buttocks. He also reportedly kissed and bit her there as well.

Upon his arrest, Hernandez reportedly admitted to grabbing the girl saying, "she was dancing and looked good," and he was caught "in a moment of weakness."

Hernandez has been charged with sexual conduct with a minor.