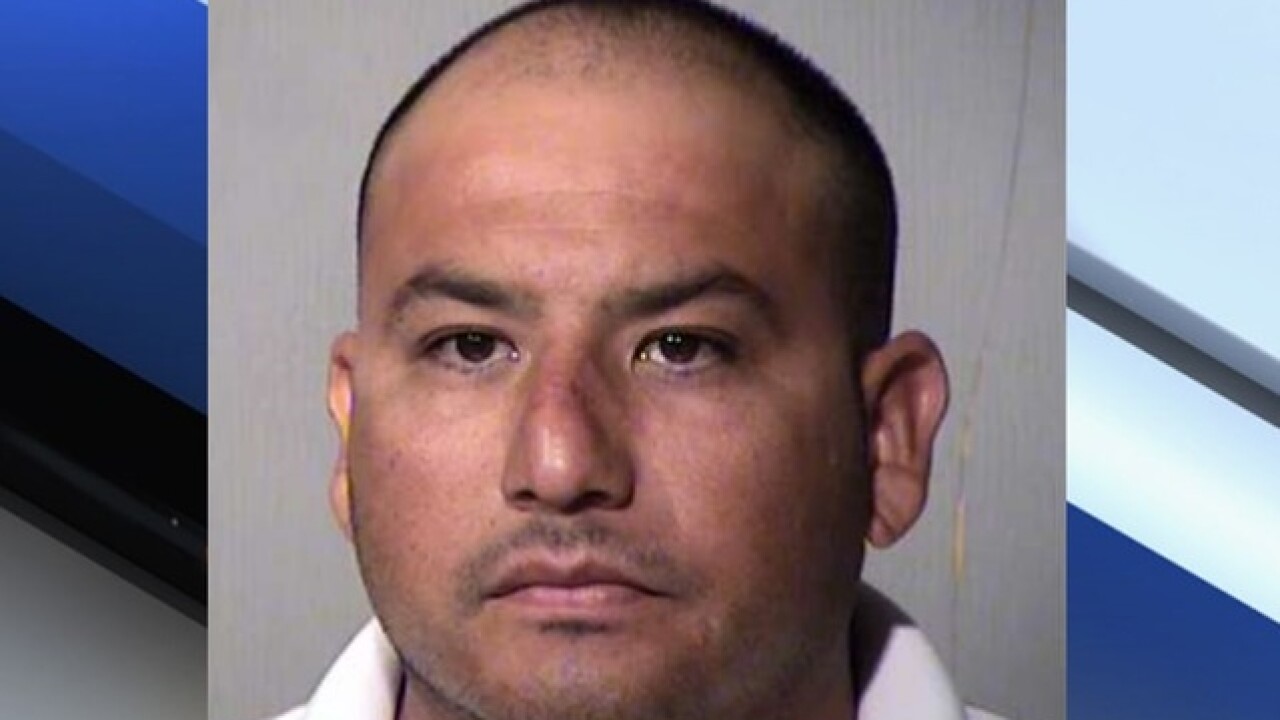 A Phoenix man is accused of punching and kicking one teenager and hitting another with a broomstick.

Phoenix police report that on September 15, they arrested 38-year-old Omar Veleta Gonzalez at his home near 43rd Avenue and Baseline Road.

Police say a teenage girl was punched, kicked and choked by Gonzalez because he was unhappy with the girl's boyfriend.

As police investigated, they reportedly found a separate incident where Gonzalez allegedly struck the girl's younger sibling with a broomstick.

It was reported that Gonzalez struck the young teen so many times the broomstick broke.

Gonzalez has been charged with two counts of aggravated assault.