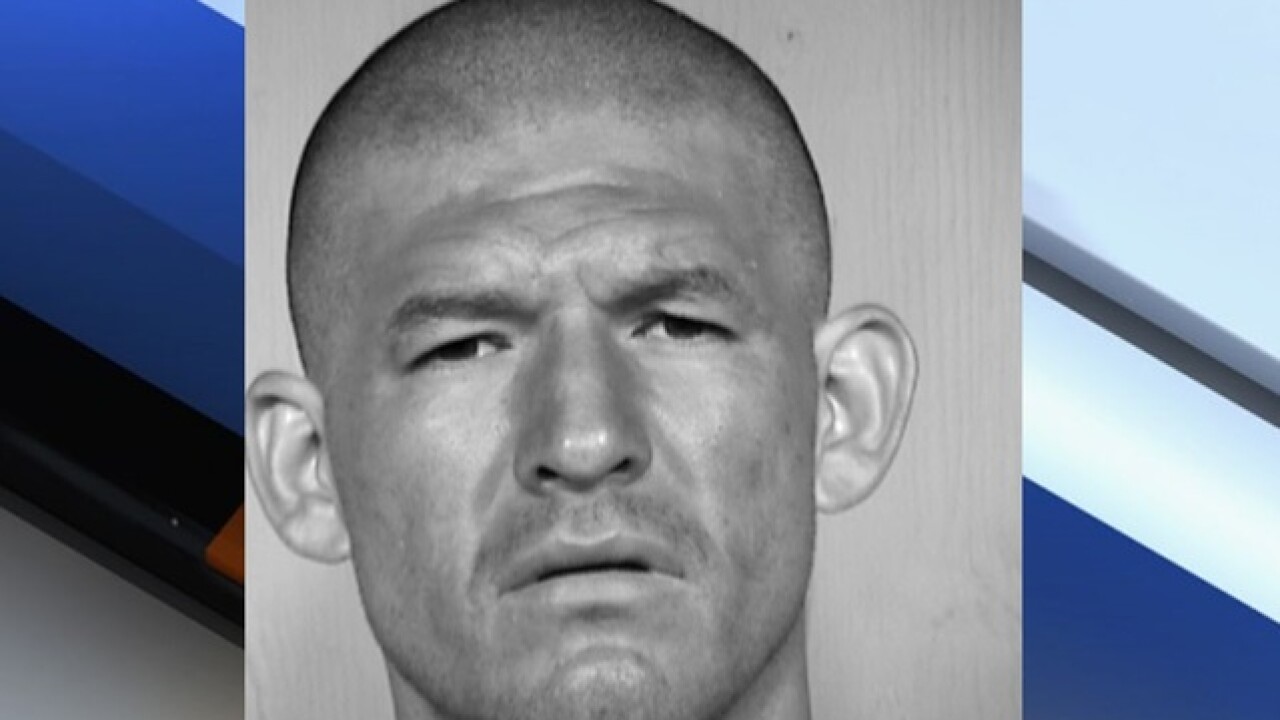 Copyright 2018 Scripps Media, Inc. All rights reserved. This material may not be published, broadcast, rewritten, or redistributed.
MCSO
<p>Guadalupe Torres</p>

A Fry's security guard was hit in the back by a knife-throwing suspect in Phoenix.

Phoenix police report that on August 12, a security guard at the Fry's Food Store, near 32nd Street and Thomas Road, watched a man get off a bicycle and enter the store.

He later saw another man, later identified as 35-year-old Guadalupe Torres, attempt to steal the bike.

The guard grabbed the bike and was walking away when Torres allegedly took out a knife and threw at him, hitting him in the back.

Police say the guard suffered a one-inch cut on his back. Torres was located and arrested by police a couple of blocks away.

Fry’s management provided police with a surveillance video recording of the assault.

Torres has been charged with aggravated assault.