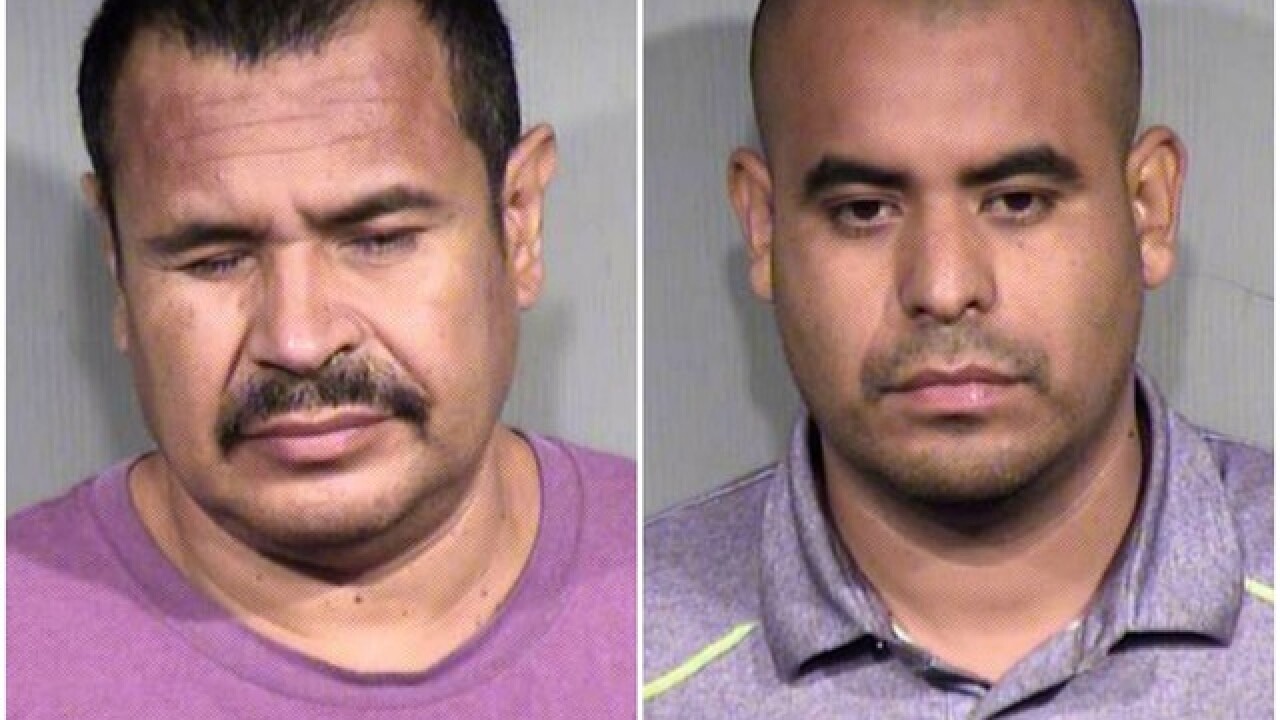 Two brothers were arrested after attempting to steal construction equipment from the Loop 202 project in West Phoenix.

Phoenix police report that on September 22 they arrested 36-year-old Juan Ramon Valenzuela and his brother Abraham, 44, near 59th Avenue and Baseline Road.

The brothers were allegedly found on the construction site with 78 metal sand jacks in their truck. Police say the Senior Project Engineer confirmed the jacks belonged to his company.

Police say shoe prints at the site matched those of one of the brothers, who also had rust stains on his shirt, matching the rust from the metal jacks.

Both have been charged with theft.