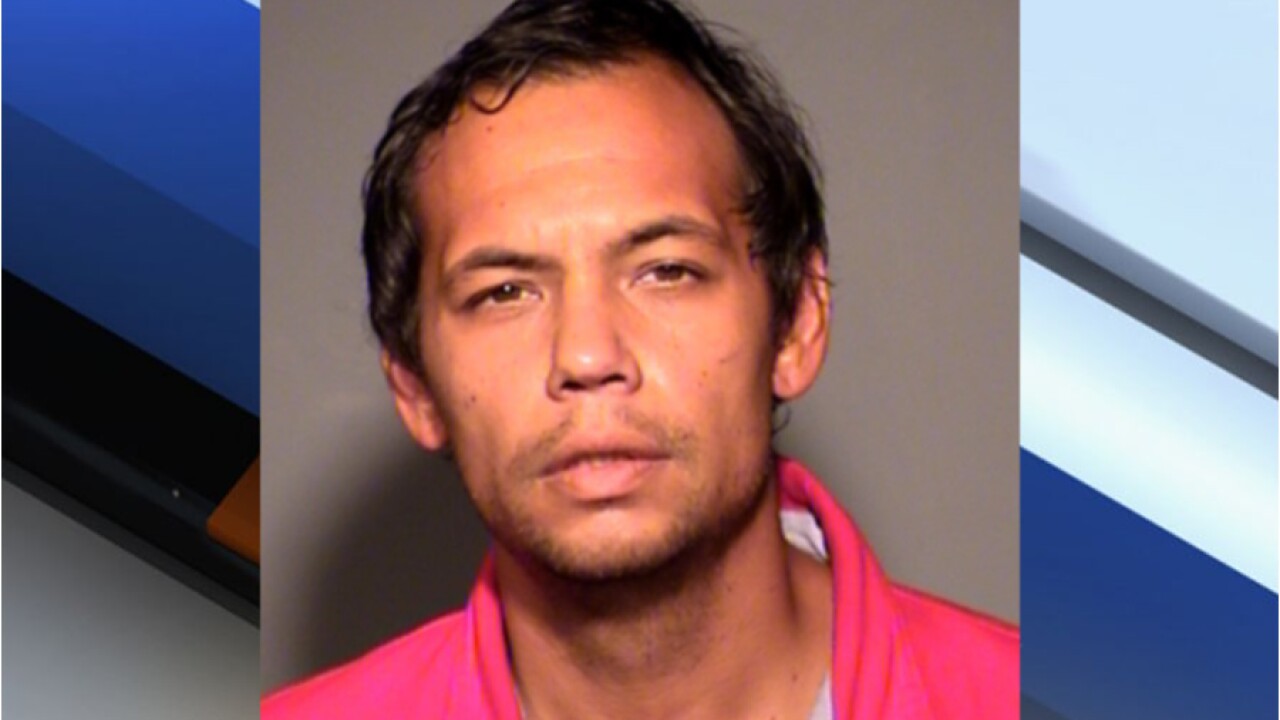 CHANDLER, AZ — A burglary suspect is behind bars thanks to an alert Chandler patrol officer.

During a routine patrol in a neighborhood near Alma School Road and Elliot Road Tuesday morning, Officer N. Townsend noticed a Ford pick-up truck that was parked in a driveway with the driver’s side door open.

Townsend reached out to the vehicle's owner and confirmed that the truck had been broken into.

Townsend was searching for other victims when he noticed a man checking out a car in the driveway of another home. Townsend confronted the man, Jonathan Stuber, 25, who gave the officer a false name.

After additional questioning, police determined Stuber had not only burglarized the Ford pick-up but two additional cars as well. Nearby neighbors captured video on their Ring surveillance cameras of Stuber roaming the neighborhood trying to open car doors.

Stuber was booked into the Chandler-Gilbert Unified Jail and is facing charges of second-degree burglary and obstruction-refuse to provide a true name.

He also had two arrest warrants from the Mesa Police Department.