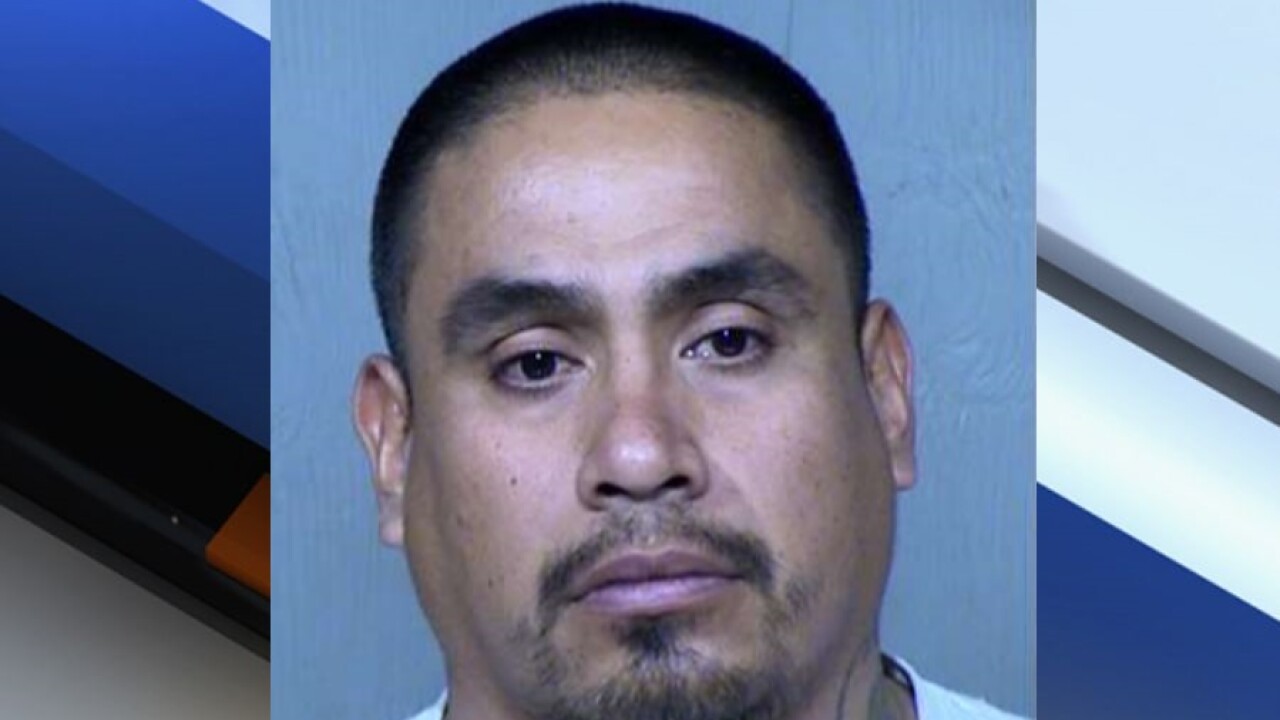 GLENDALE, AZ — An off-duty officer captures a man shooting video up the skirts of women in a Glendale grocery store.

Glendale police report that on August 16, a man, later identified as Salvador Anthony Ruiz, 40, was detained by an off-duty Florence police officer at the Fry's grocery store, near 67th Avenue and Bethany Home Road.

The officer reportedly saw Ruiz shooting video up the skirts of two women inside the store.

When confronted, Ruiz allegedly told the officer, "I understand I invaded their privacy." The video on the phone confirmed Ruiz actions, police say.

He has been charged with two counts of surreptitious recording.