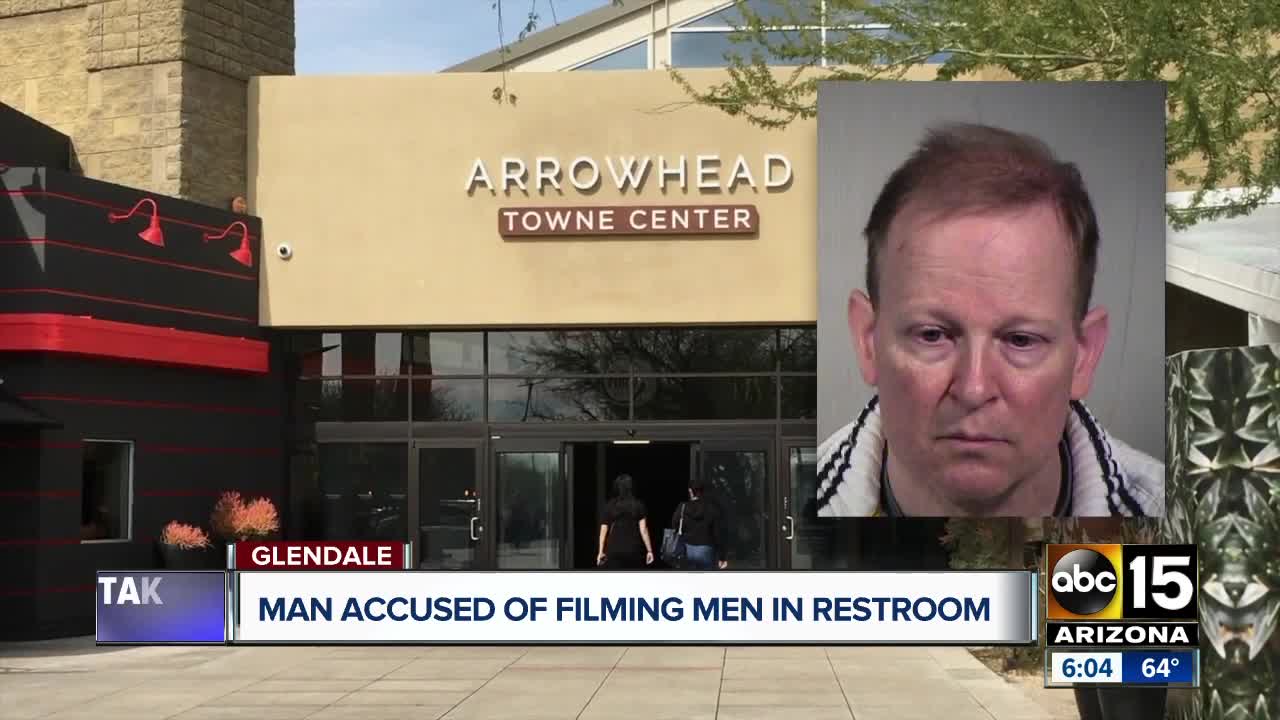 Police found 18 videos of men urinating on Rolf Meier's phone, and found additional SD cards once investigators were able to search where he was staying. 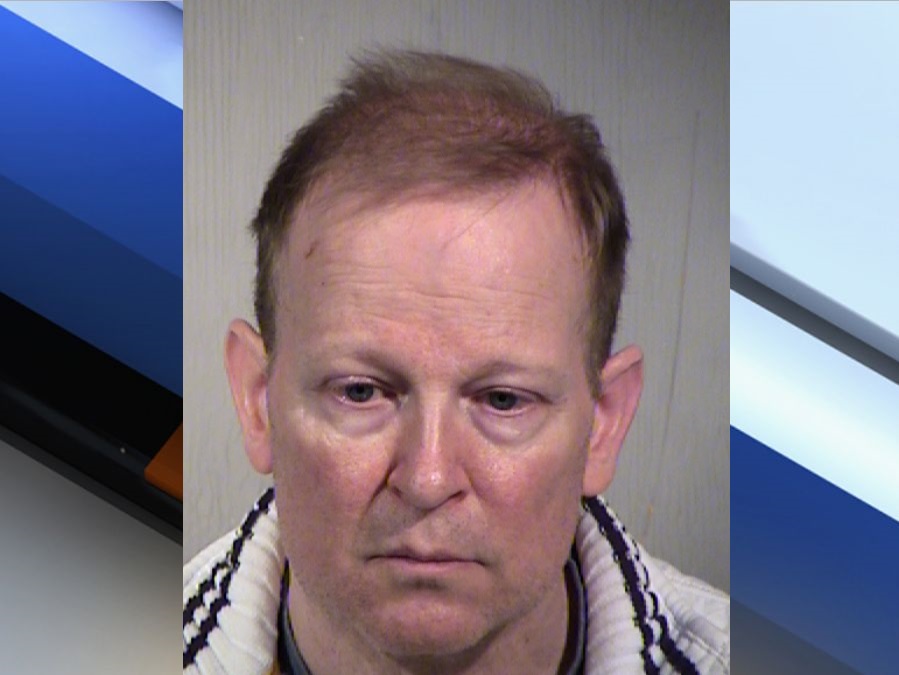 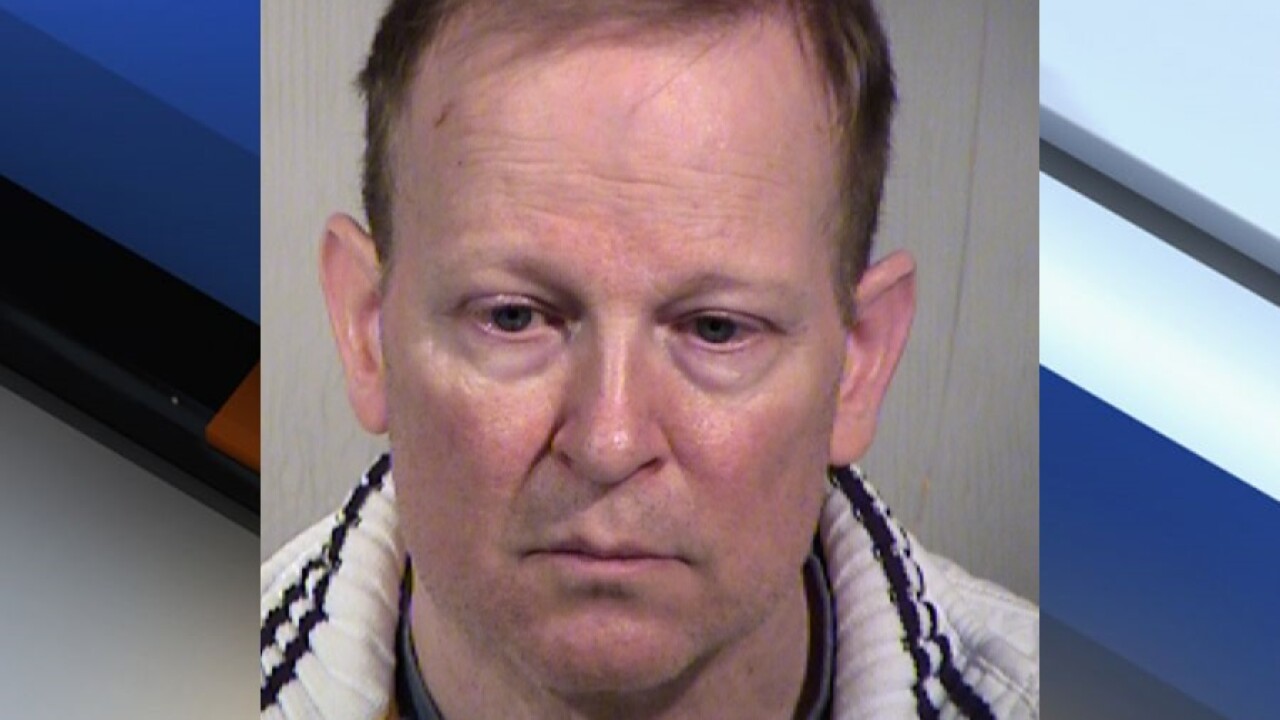 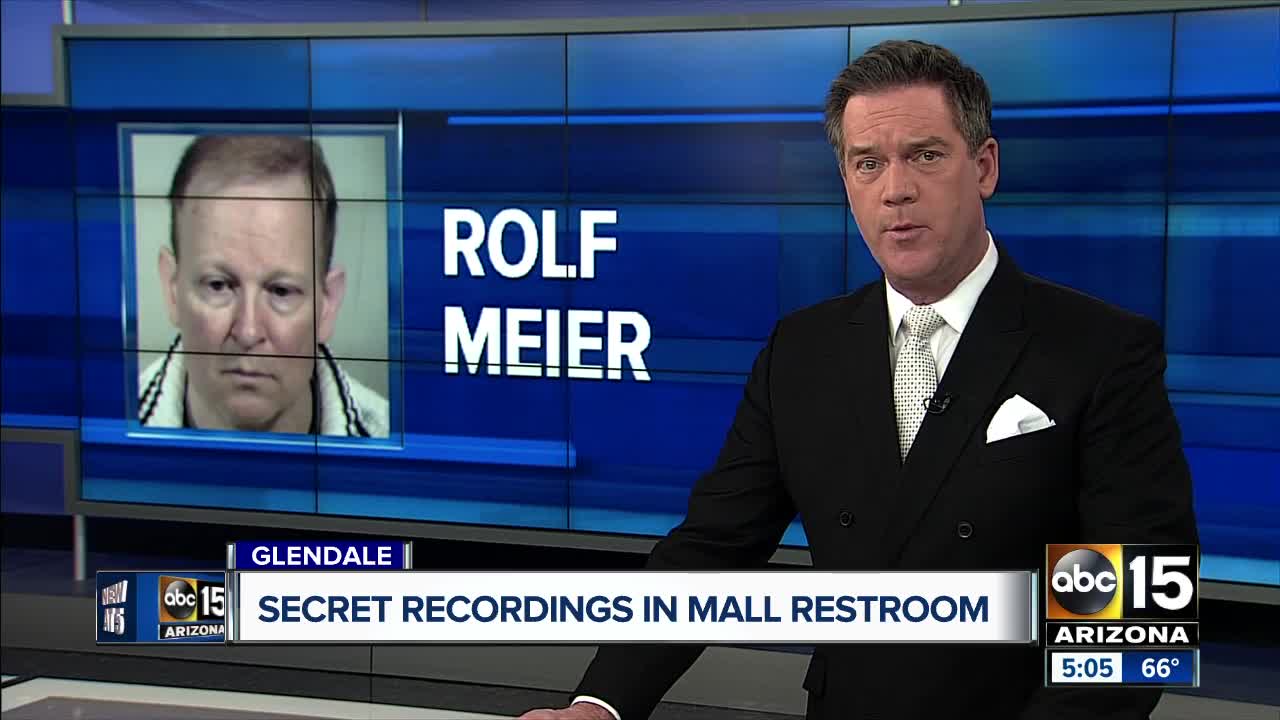 GLENDALE, AZ — A Swiss man has been caught allegedly shooting video under bathroom stalls at a Glendale mall.

Glendale police report that on February 10 they responded to the food court restrooms at Arrowhead mall near 75th Avenue and Bell Road.

When they arrived, police say, they saw 54-year-old Rolf Meier being held down by an off-duty officer and mall security.

The off-duty officer reported to police that he was in a bathroom stall when he saw a camcorder come under the stall. He kicked the camcorder, exited the stall and waited for Meier to come out.

He detained Meier until mall security arrived and handcuffed him until Glendale police arrived.

Police say they reviewed the camcorder and saw video of approximately 18 males urinating in the food court bathroom.

One of the victims is believed to be a boy under 15-years-old.

Police say Meier, who is a citizen of Switzerland, comes to Arizona each year on an 88-day visa. He maintains a home near Litchfield and Bell roads in Surprise.

Police searched that home and allegedly found "several SD card devices, two camcorders, and burnable CD's." They are still investigating the contents of these materials.

Upon his arrest, Meier reportedly told police that, "He did not think it was a big deal because the people he was filming did not know he was doing it."

He thought police would give him a warning and he would be released.

Meier has been charged with voyeurism.