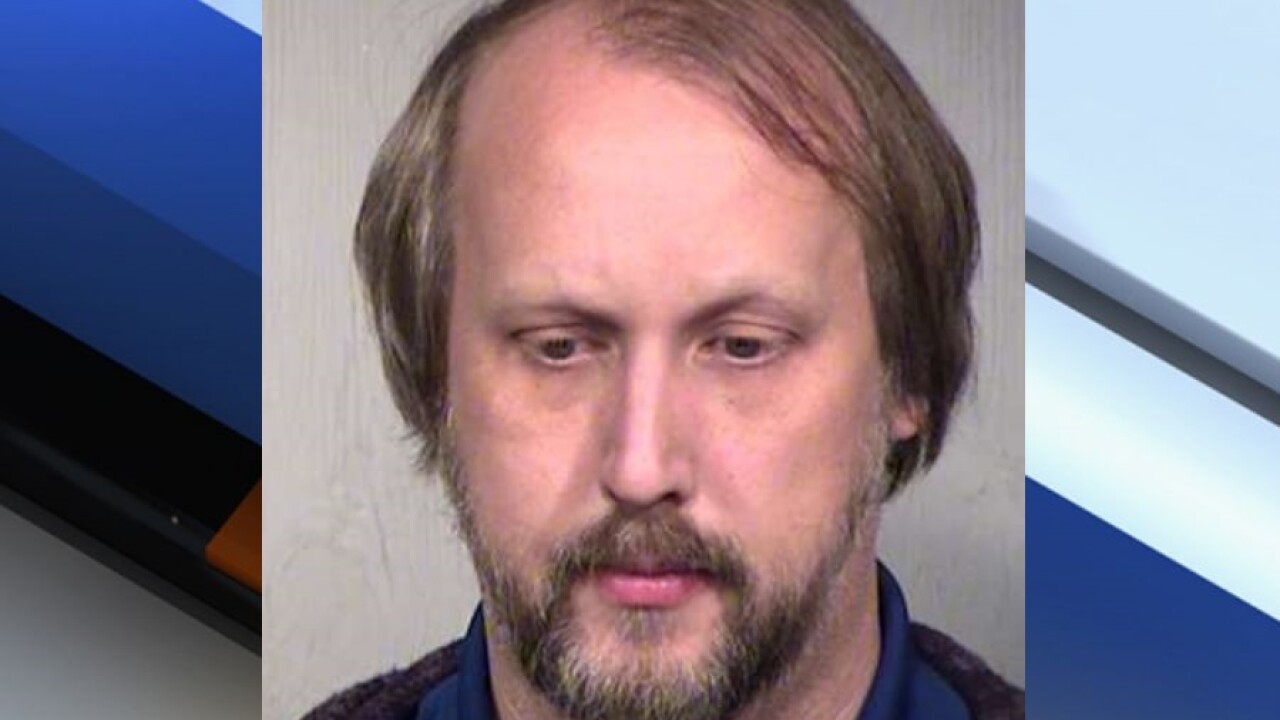 PHOENIX — A North Carolina teacher was arrested for molesting a child while visiting family in Arizona.

Phoenix police say that on December 30, they arrested 44-year-old Nathan Stuart Elder who was visiting family in Phoenix.

Police were called after the parents of the victim discovered their preschool-aged daughter was molested by Elder in the loft of their home.

The parents contacted other family members in Oakland, California, since Elder had recently visited them. They discovered that another girl reported that she was also molested by Elder.

A report was filed with Oakland police.

Upon his arrest, Elder reportedly told police that he was tickling the preschooler. When confronted with the Oakland allegations, Elder allegedly requested an attorney.

Elder, who says he is a teacher at the Montessori Children's House in Durham, North Carolina, was given a $100,000 cash bond.

He's been charged with child molestation

The Head of School at Montessori School of Durham released the following statement:

"On January 1, we learned that a part-time employee, Nathan Elder, was arrested in Phoenix, Arizona on December 30, 2018 for child molestation involving a family member. The school immediately terminated his employment. We have notified parents and provided resources to address questions.

We have not received any reports of inappropriate conduct by this employee during his four months here, but will carefully review the nature of his conduct. We are committed to the safety and well-being of our students, follow rigorous background and reference checks, and maintain clear protocols that prevent students from being alone with employees."