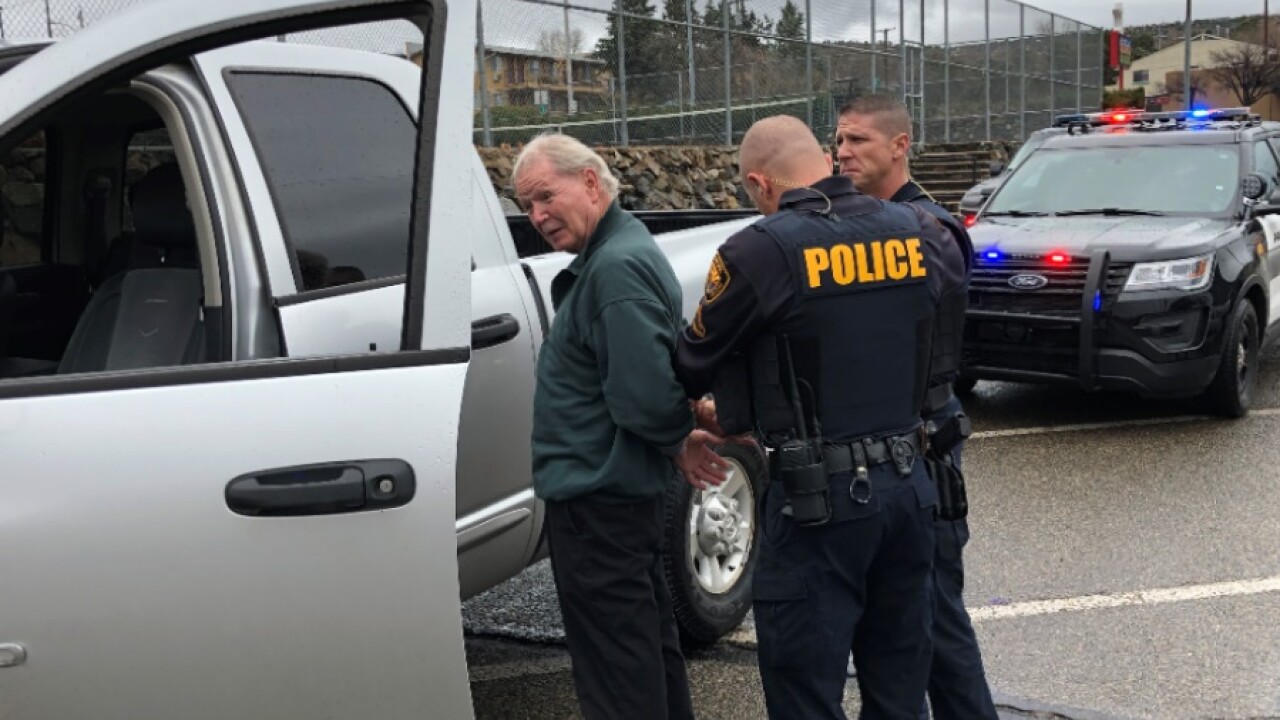 PRESCOTT, AZ — A man who police say entered a Prescott bar while naked Monday was caught Tuesday as he returned to the bar, naked again.

Leonard Hall, 69, allegedly entered the Gurley Street Sports Pub Monday and spoke with the female bartender before leaving the bar, undressing in the parking lot and returning to the bar, naked.

Police say he stood in front of the female bartender but did not speak to her. When the bartender called for her boss, Hall fled.

The bar reportedly provided police with surveillance video that shows Hall undressing in the parking lot before entering the bar.

Police were called to the bar again on Tuesday after reports that Hall was in the parking lot again and did not have any clothes on. Police responded and found Hall attempting to drive away, naked, in his truck. He was stopped a short distance away and arrested.

Hall was arrested for trespassing and several counts of indecent exposure.