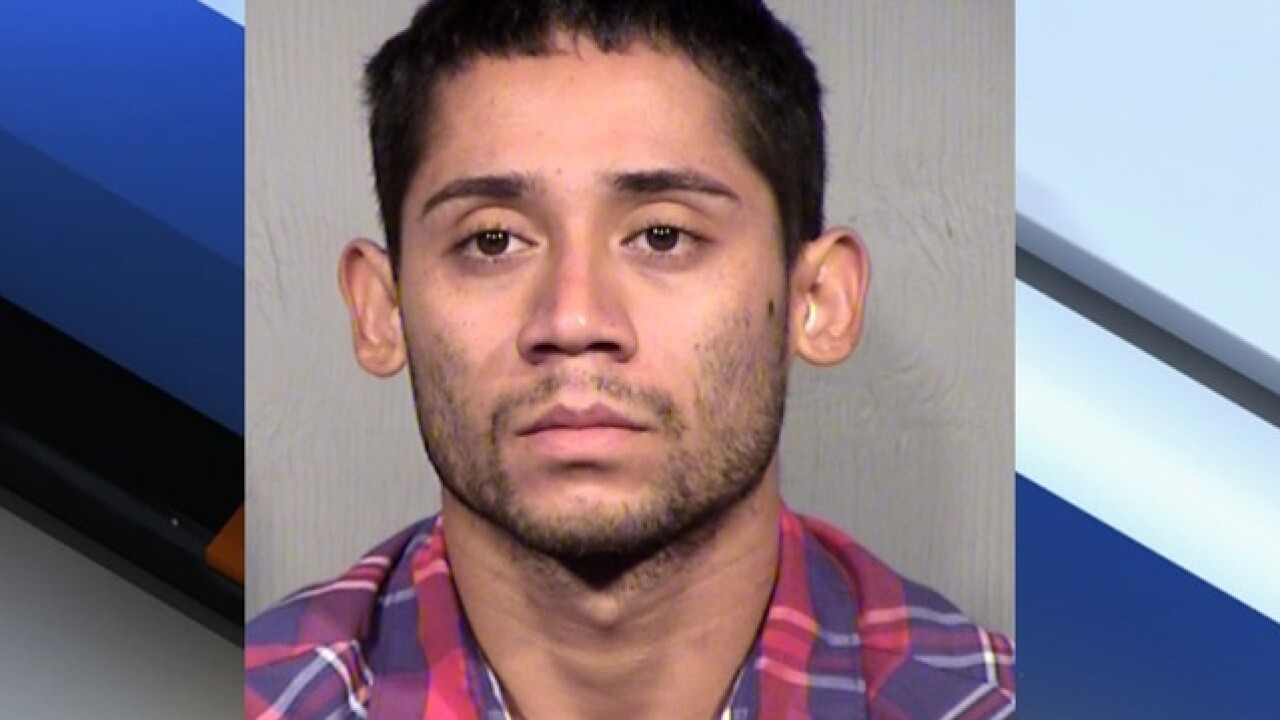 A naked man is accused of exposing himself to several children at a north Phoenix apartment.

Phoenix police report that on Friday morning they responded to an apartment complex near Cave Creek and Bell roads.

Residents reported to police that 23-year-old Jonathan Elizandro Cordova was standing outside his apartment, completely naked.

Police observed Cordova inside his apartment. They say he appeared to be high on drugs as he was acting strangely and made about 50 trips to the refrigerator but didn't retrieve anything.

Police knocked on the door, and when Cordova answered, police grabbed him. Police say it took five officers to get him into custody.

He was arrested for public sexual indecency with minors present, indecent exposure and resisting arrest.