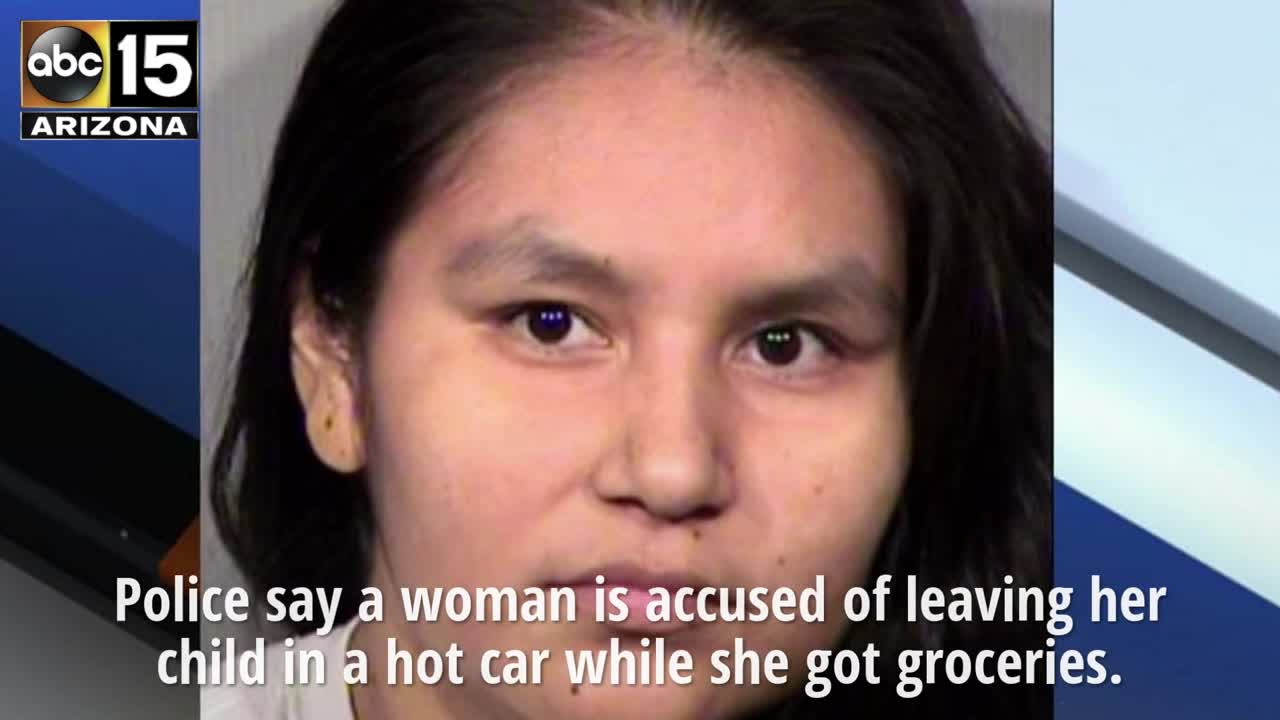 A mother is accused of leaving her child in a hot car at a grocery store. 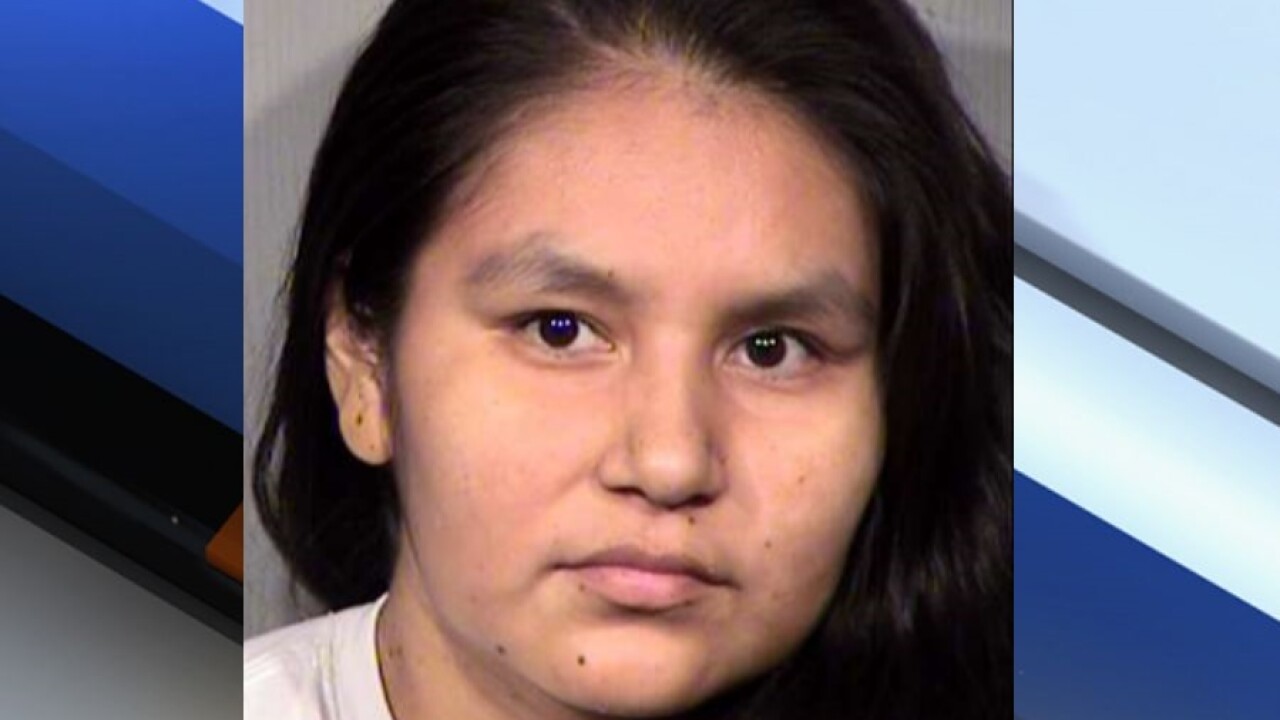 GLENDALE, AZ — A mother was arrested after leaving her infant in the car seat as she shopped for groceries.

Glendale police report that on July 12, they responded to the Fry's grocery store near 43rd Avenue and Bethany Home Road for a child who was reportedly locked in the car.

When they arrived, police located a 3-month-old child locked in the back seat of the car.

Police say the windows were rolled up and the outside temperature was 114 degrees at the time.

Officers broke the front window to retrieve the child.

The child's mother, Jessica Marie Umtuch, 27, came out of the store after hearing an announcement over the store's intercom regarding the child in the car.

Umtuch allegedly told police that she intended to leave the child at home with her boyfriend, but he wanted to go to the bar. So after dropping him off, she went to the store.

She also told police that the child was sleeping at the time and "her mind was in a different place" when she forgot the child in the car.

Police say the child was in the car for 16 minutes before being rescued by police.

Umtuch has been charged with child abuse.