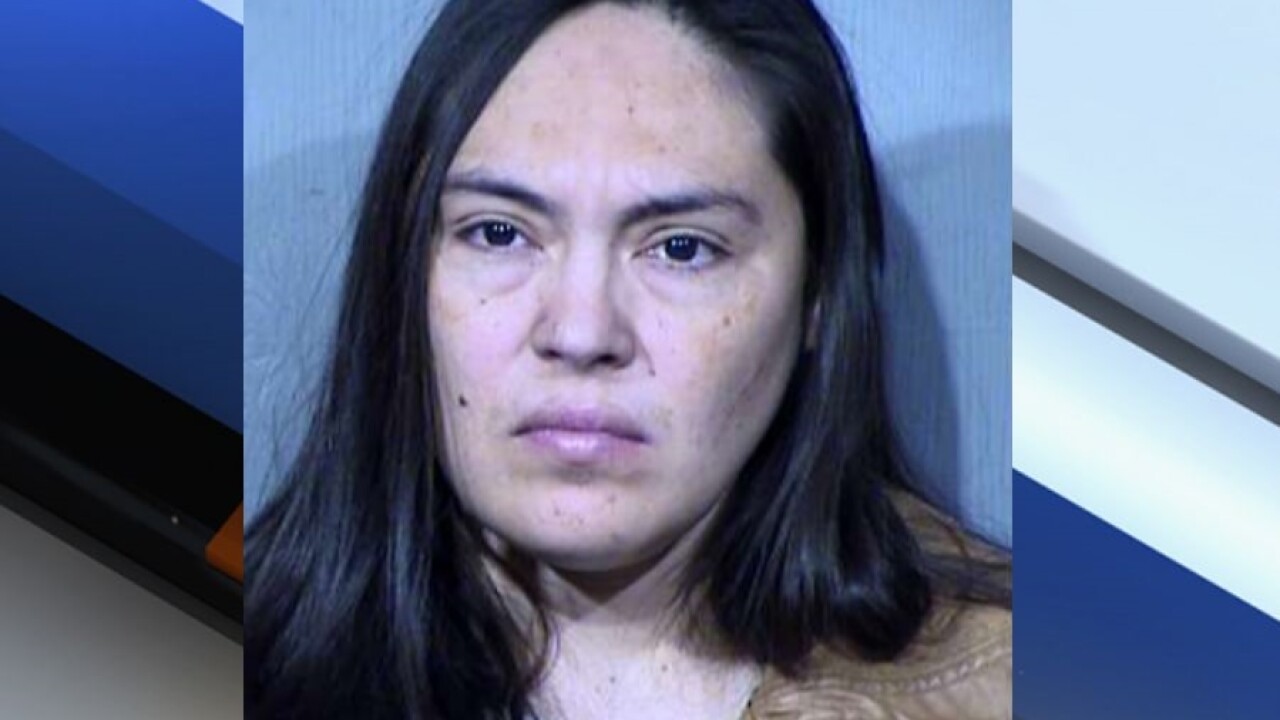 MESA, AZ — A Mesa woman is accused of abusing her daughter by stabbing her several times with a mechanical pencil.

Mesa police report that on October 1, they responded to Longmore and Southern Avenue for a family fight. When they arrived, they spoke with a child who reportedly said her mother, Aurora Magdalena Rosales, 35, woke her up by screaming at her. She then allegedly pulled her out of bed by her hair and smacked her in the face.

Rosales allegedly continued to hit the child before stabbing her several times in the arm with a mechanical pencil.

The girl's sister was also hit in the face when she tried to intervene.

Rosales reportedly told the police that she was angry because the home was not clean when she returned from work.

She admitted to pulling her daughter's hair and hitting but said the other injuries occurred at school. Police say the injuries to the girl's arm "were still bleeding and fresh." The victim also reportedly had a bloody mouth and nose and bruising to her face.

Rosales has been charged with child abuse.