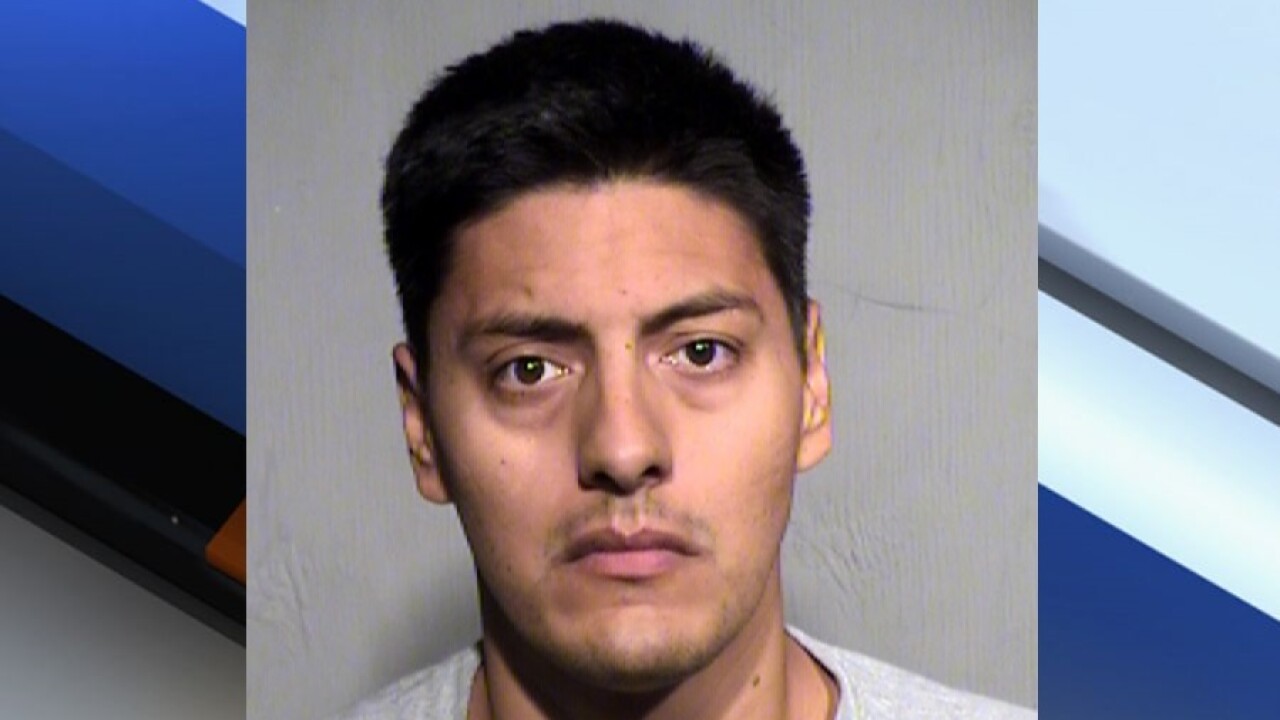 Mesa police say that on Wednesday, June 26, they arrested Jonathon Perez, 31, at his Mesa home for a sexual assault that occurred in July 2018.

According to court documents, the woman who was allegedly sexually assaulted by Perez had left a Mesa bar in a ride-share vehicle after celebrating a wedding anniversary with her friends.

When the ride-share driver took the woman home, he noticed two men a few houses down from her home. The driver was concerned for the woman's safety due to her being "extremely intoxicated" and the men allegedly offering her beer.

The driver reportedly pleaded with the woman, asking to take her back to the bar so she could be with her friends. The woman refused, according to court documents.

When they arrived, they allegedly found Perez sexually assaulting the victim.

When the group yelled at Perez, he allegedly stood up, walked away and said, "I'm sorry, I'm drunk" as he walked past a witness, court documents show.

Police say DNA evidence, including a beer can, linked Perez to the crime.