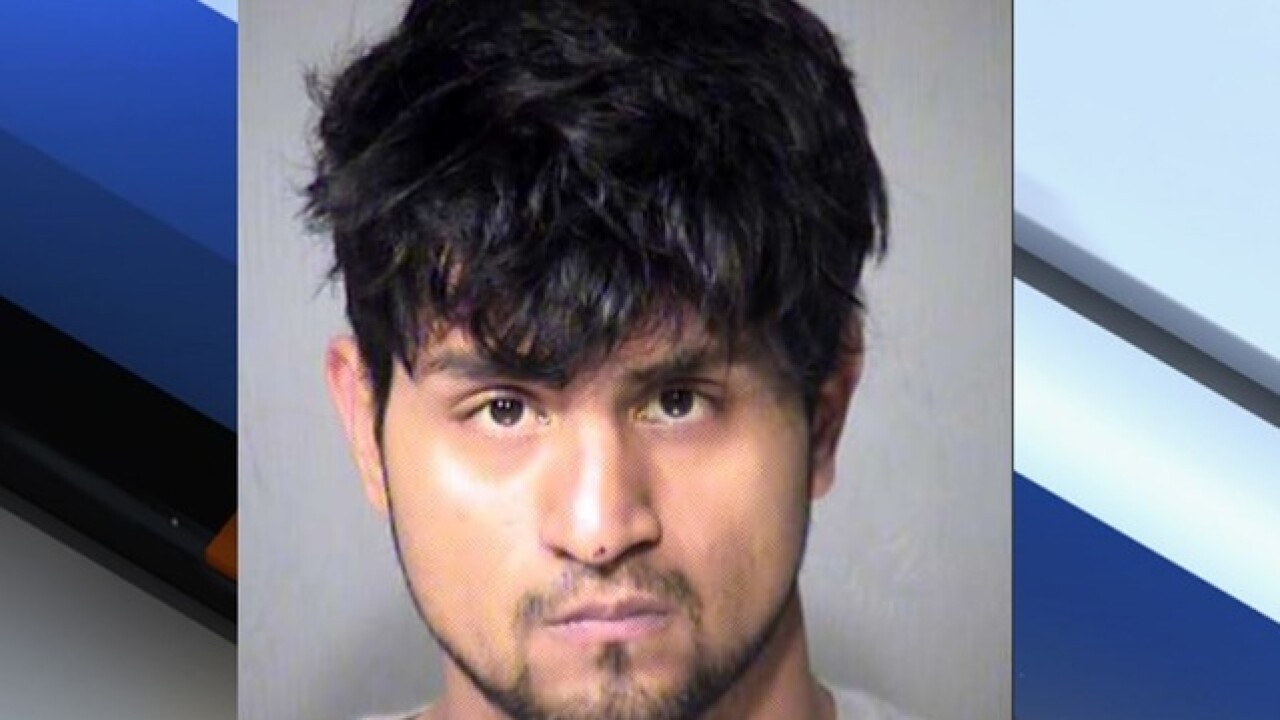 Police confronted a man who damaged property at a convenience store who ended up telling officers he's a child sexual predator and needed to be arrested.

Mesa police report that on January 26 they responded to a convenience store near Horne Drive and Main Street for a man damaging a display counter.

Police reportedly also found another incident where Jimenez asked a minor teenage girl for sex. She refused him, and he left her alone. However, he reportedly told police that he was using cocaine at the time and would have done it if she agreed.

Jimenez allegedly called himself a "predator" and used a Snapchat account to find underage girls and send them lewd photos of himself.

Jimenez reportedly told police, "He approached them to confess because he knew he would not be able to stop the urge. He has to prey on young girls."

Jimenez has been charged with luring a minor for sex.