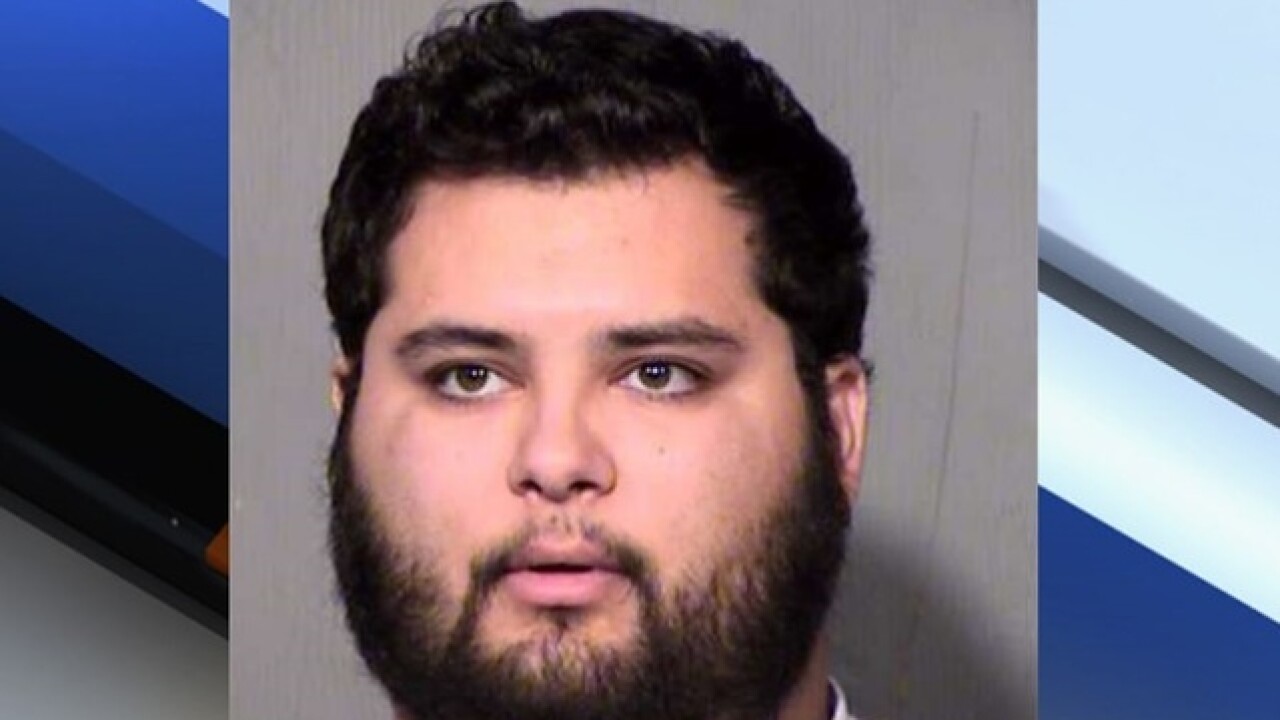 A Mesa man is accused of molesting two girls in his neighborhood.

Mesa Police say that on March 7 they were contacted by a school who reported to them that a pre-teen girl had accused her neighbor of molesting her.

During the investigation, a second teenage girl came forward and accused 21-year-old Carlos Joseph McCain of molesting her as well.

McCain is also accused of showing pornography to one of the girls on his phone and tablet.

Upon his arrest, McCain allegedly told police that he did these things because the girls were curious about sex.

McCain has access to other children as he listed his profession as a school bus driver in the Tempe Union High School District. However, there is no indication that these incidents are related to his employment. The school district says, "His supervisor and HR have been told of his arrest and we will take appropriate action when the district opens on Monday."

He was arrested the next day at his home, near Extension and Broadway roads, for child molestation and providing obscene material to minors.