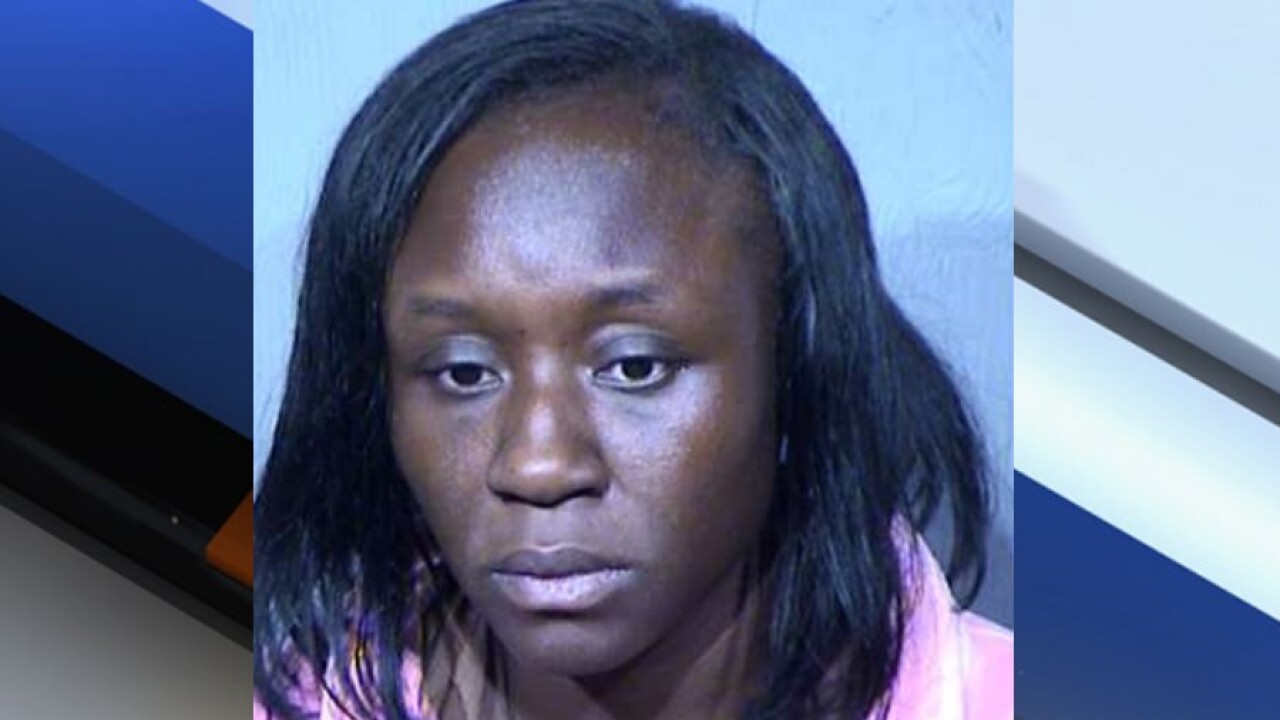 MESA, AZ — A Mesa mother was arrested after she allegedly brought her son with her as she committed a home burglary.

Mesa police report that on September 15, officers responded to a burglary at a home near Hawes and Broadway roads. Police say a woman, later identified as 30-year-old Brittany Shante Eason, entered the house through an open garage window after leaving her grade school-aged son outside.

Eason allegedly stole multiple pieces of jewelry and credit cards and placed them in her car.

When the victim arrived home, they reportedly found Eason in their garage and escorted them out, police say. The boy was seen by the victim outside the garage window.

Police say some of the stolen jewelry was later found in Eason's car by her father. Court records show that Eason quickly used the credit cards spending $861.

Eason was located and arrested about three miles away.

She has been charged with burglary.