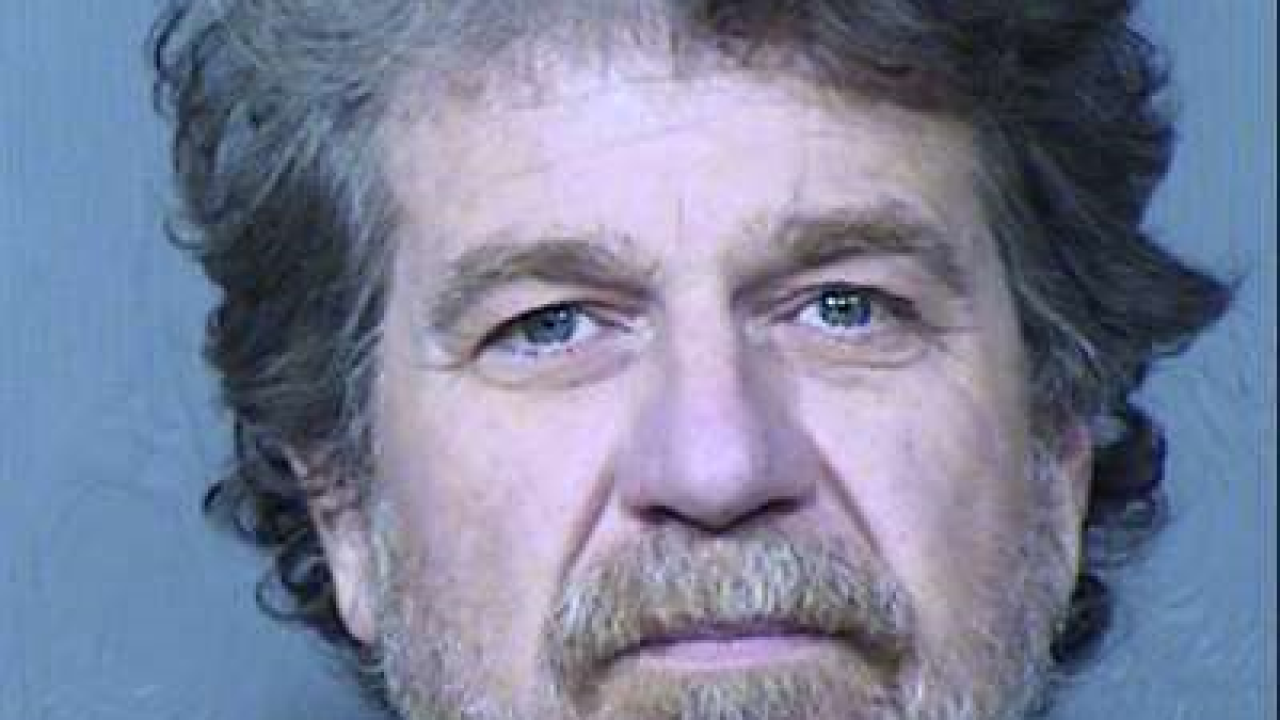 MESA, AZ — A Mesa man was arrested after ramming his SUV into his family's home.

Mesa police report that on March 9, about 10:15 p.m., they responded to a home near Power and Broadway roads when an SUV rammed into a house.

Police say when they arrived they saw Steven Michael Ryan, 51, was at the front door of the home carrying a knife. Ryan then dropped the knife and was arrested.

The six victims in the home, who are family members of Ryan, said he came by earlier that day and rammed his vehicle into the gate. He then left and texted them, saying they were "going to pay if they don't talk to him."

He then returned that night and allegedly rammed his SUV into the structural column that supports the roof and the front porch. Witnesses say he then backed up and rammed the front wall of the house. He then grabbed a knife and began banging on the front door.

Inside, the family says they were arming themselves in case Ryan made it into the house.

Court records show that the family already had an order of protection filed against Ryan.

Ryan has been charged with criminal damage and multiple counts of disorderly conduct.