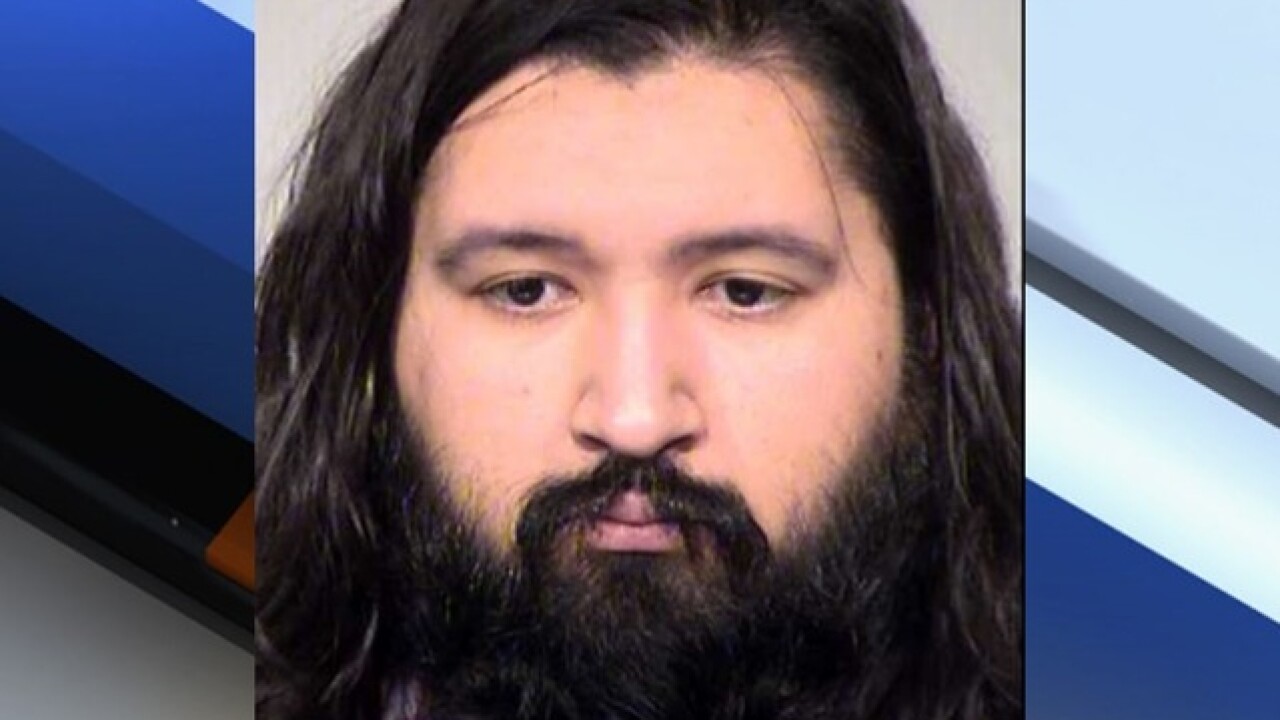 A Mesa man lured and assaulted a mechanic with a metal pipe after he was unhappy with his service.

Mesa police report that on September 17 they arrested 24-year-old Jose Erik Alvarez Sanchez outside a home near Center Street and Southern Avenue.

Police say Sanchez used a ruse to lure the victim to a specific location. Sanchez allegedly did this so a friend could confront the victim who is a mechanic. Sanchez' friend was unhappy that the mechanic wasn't finished with his car and wanted his keys and money back.

Instead, police say Sanchez used a 10-inch metal pipe to strike the victim in the face, arm, and back. The victim ran but was caught and tackled by Sanchez, before escaping once again.

The victim managed to run home where Sanchez allegedly hid outside, waiting for the victim to come out.

Police found Sanchez, who reportedly admitted to his actions, outside the home.

He has been charged with armed robbery and aggravated assault.