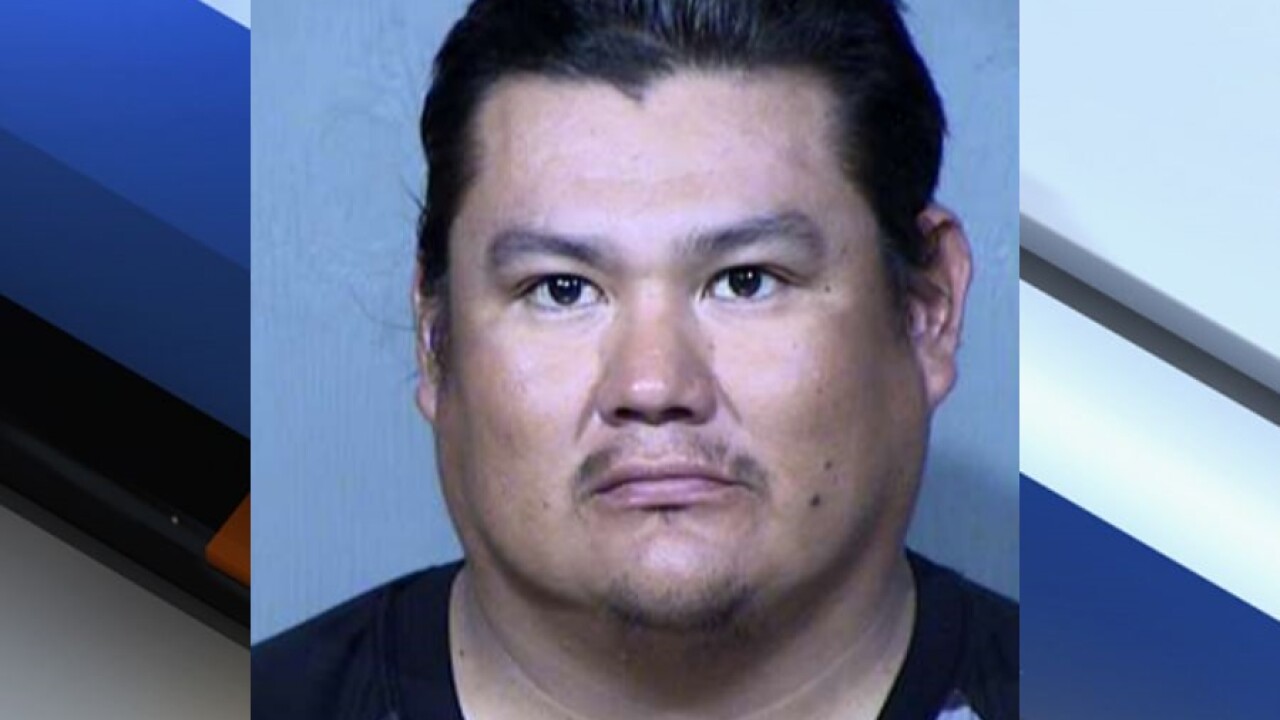 MESA, AZ — A Mesa man is accused of using a phone charging cord to whip his children.

Mesa police report that on September 27, Jerry Chavez, 33, was arrested at his home near Longmore and Southern avenue.

Police say Chavez used a phone charging cord to whip his children on their legs after the kids left the house while he and his wife were out of the home.

Police also found out that Chavez had a warrant for his arrest for a probation violation regarding a 2016 case, in which he was arrested for aggravated DUI with four children in the car.

In the 2016 case, Chavez's wife called police saying Chavez was drunk when he left her at the Salt River recreation area and drove away.

He was later found and arrested, posting a .237 BAC.