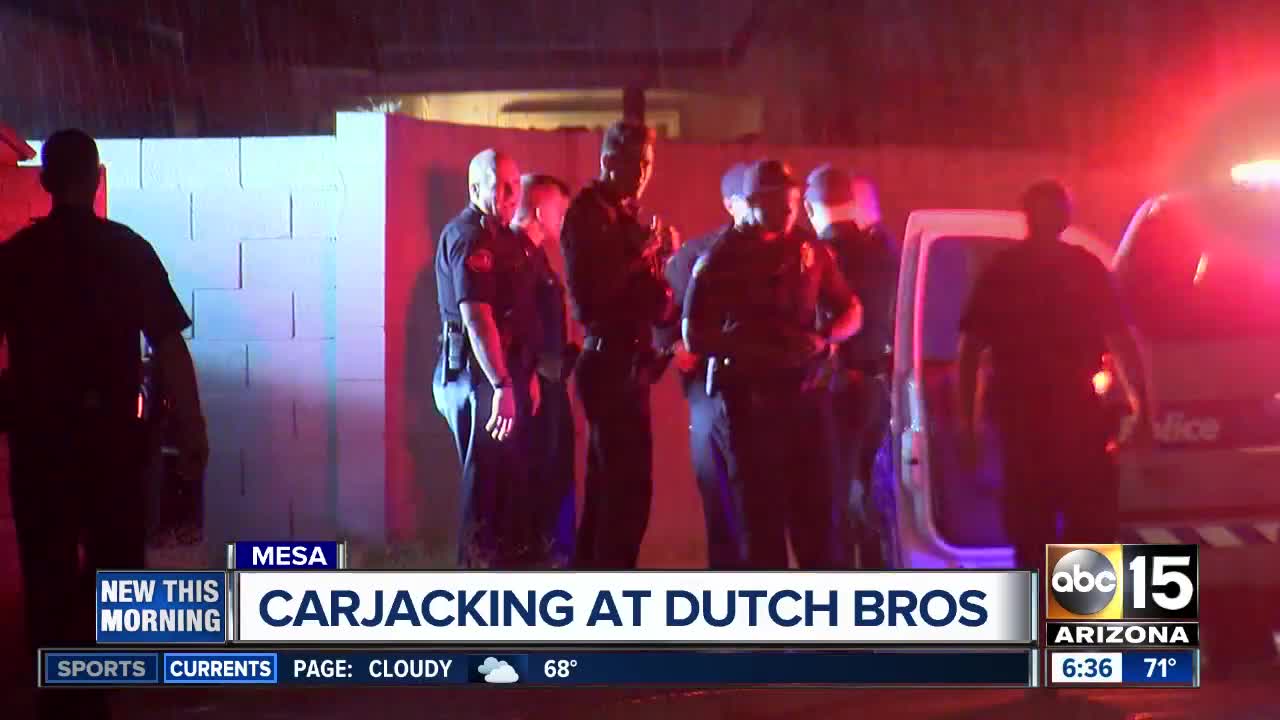 A car was reportedly stolen in Mesa and officials took off after the driver who fled from police. 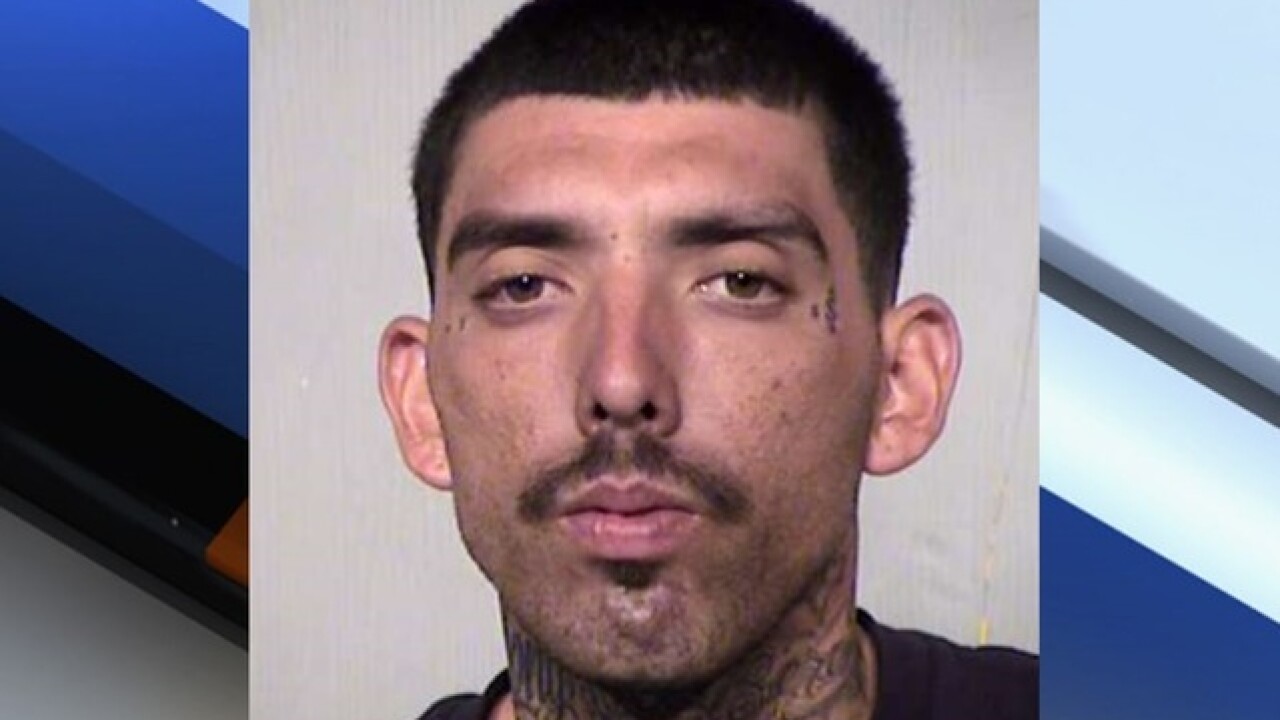 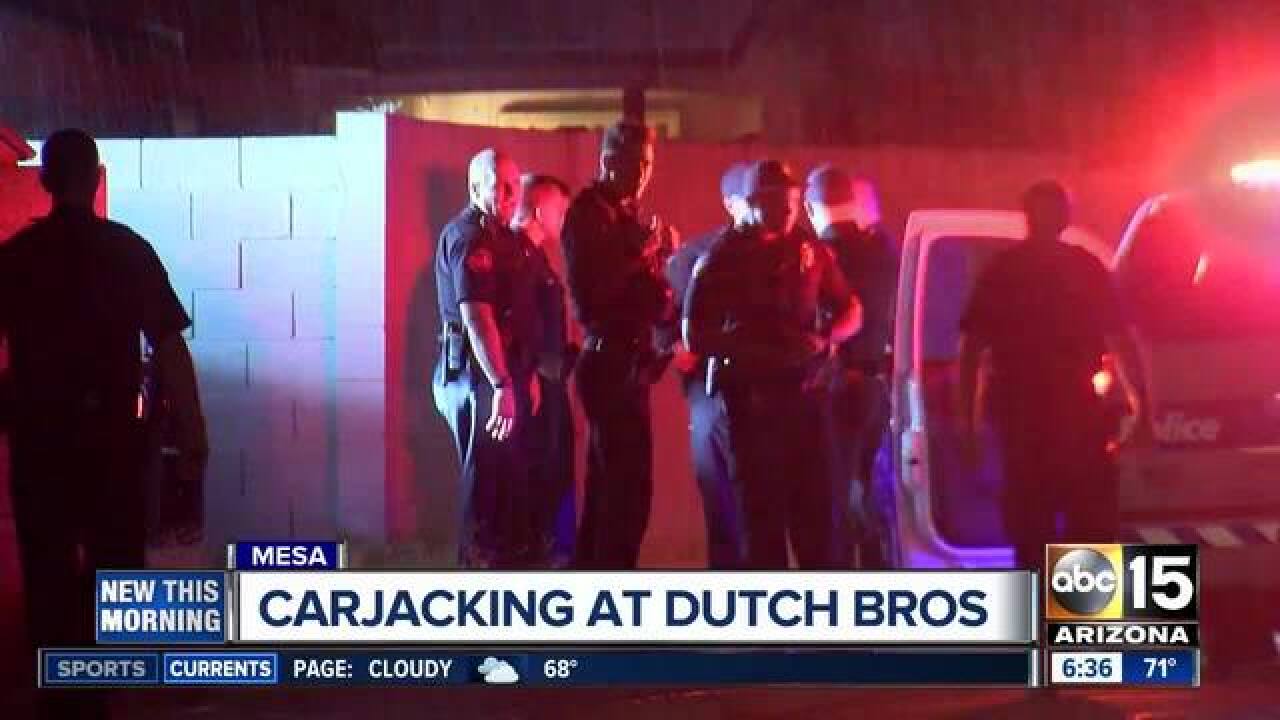 Law enforcement officials were led on a pursuit after a carjacking at a Mesa Dutch Bros. location Sunday night.

According to Mesa police, the carjacking happened at the coffee shop near Southern Avenue and Alma School Road.

That’s where 25-year-old Juan Carlos Hernandez allegedly approached the victim’s car demanding to be let in. After reportedly simulating that he had a weapon, the victim let Hernandez into the vehicle.

As the victim drove away, he jumped out of the moving car.

The stolen vehicle was found about ten minutes later in Phoenix with the help of Phoenix police and the Arizona Department of Public Safety who were involved in a pursuit with the driver.

Officials spike-stripped the vehicle near 27th and Van Buren streets where Hernandez fled on foot.

Police say he was taken into custody, and positively identified by the victim.

He allegedly admitted to stealing the 2000 Mercedes-Benz C230, saying he knows people that buy stolen cars.