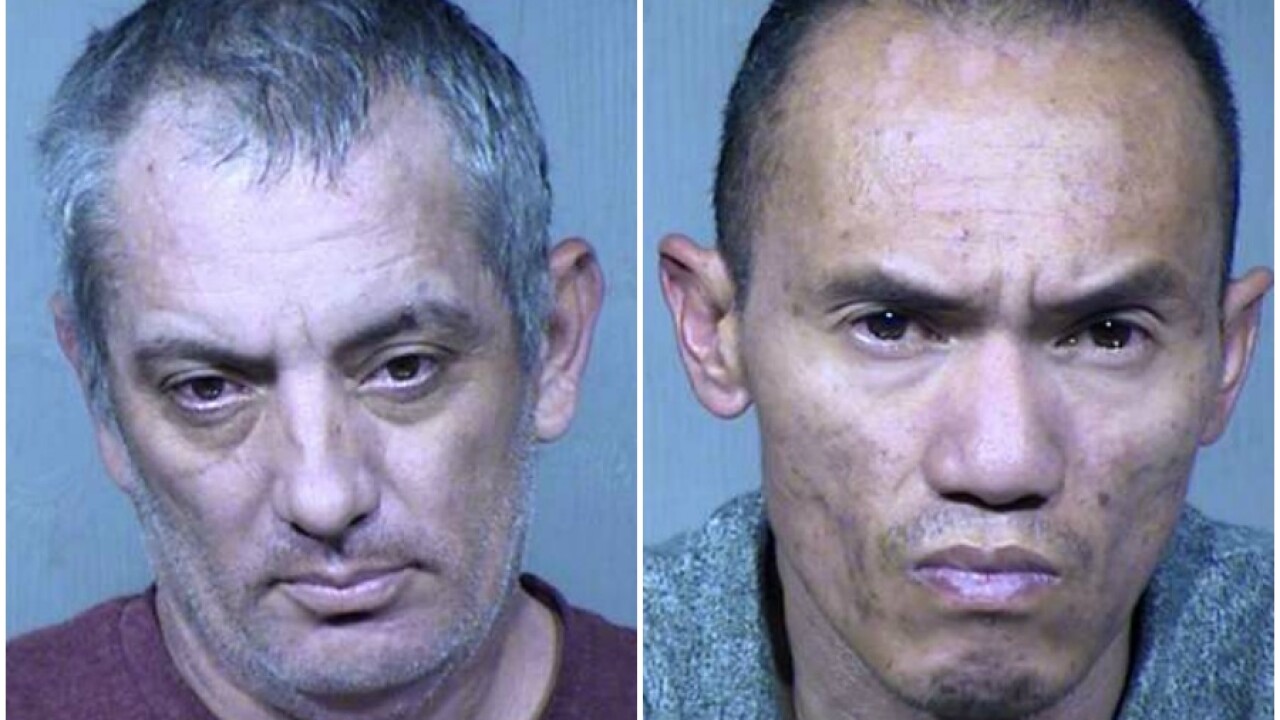 Mesa police report that since November of last year, a spree of stolen truck hitches has been reported to them. Police say the thieves were breaking lock pins and forcefully removing the hitches from the trucks.

The hitches were then being sold online.

According to court records, the online profiles were linked to Louie Brillantes Arandallo, 40, and Corey Dee Aguilar, 46. Also, the surveillance video of one of the thefts showed their vehicle present at the crime.

On January 7, witnesses saw Arandallo and Aguilar steal another hitch from a vehicle at Baseline and Extension roads. The hitch was soon listed for sale online, where an undercover officer answered the ad and bought the hitch.

The victim later identified the hitch as theirs.

On January 9, Mesa SWAT officers arrested the pair at their home near Country Club and University drives. Inside the home, they reportedly found broken lock pins and the money Mesa police used to purchase the stolen hitch.

Arandallo and Aguilar have been charged with theft and trafficking in stolen property.