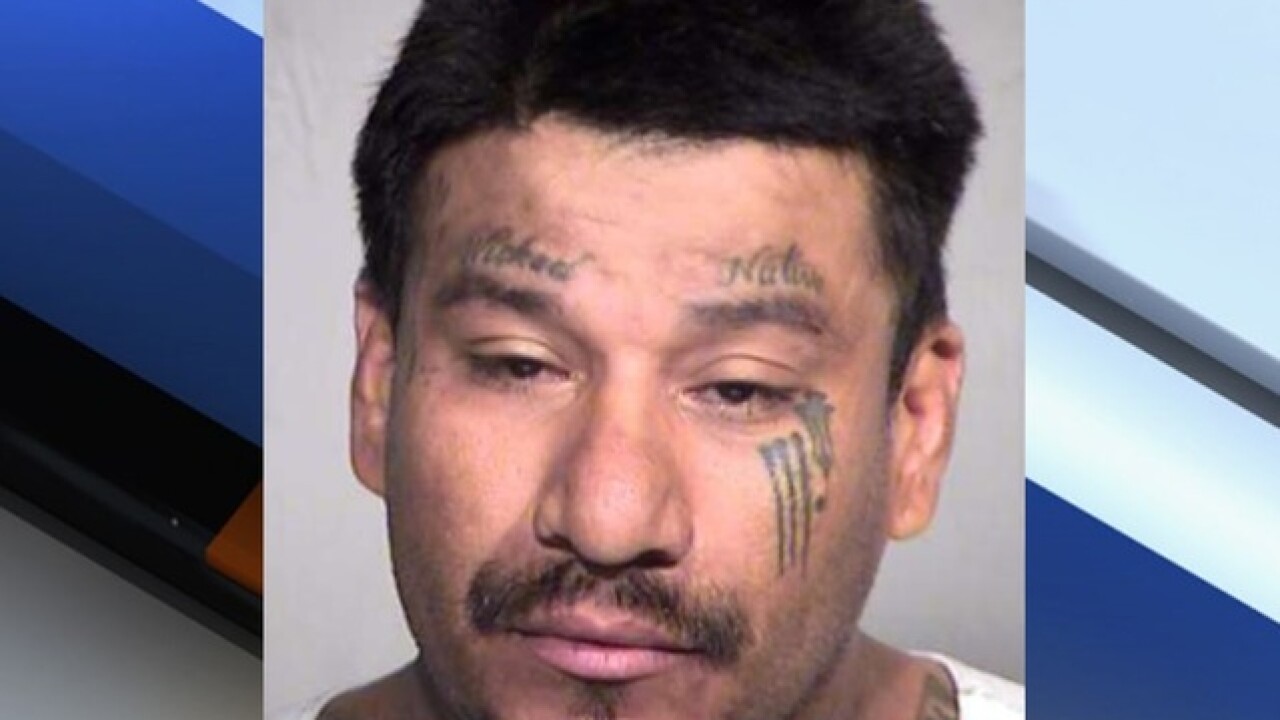 A Mesa DUI suspect allegedly told police that he injected himself with meth and heroin.

Mesa police report that on October 25 an officer pulled over a suspected drunk driver.

As the officer approached the car, it sped away. Police say the car later crashed into a palm tree near Alma School Road and Southern Avenue while traveling about 70 m.p.h.

There were two injured passengers in the car, but the driver, 33-year-old Alden Russell Moore, ran away.

He was soon spotted and arrested in the backyard of a nearby home.

Moore reportedly told police that fled because "he cannot go back to prison." Moore had just been released from prison last month. He was in prison on an aggravated DUI conviction.

He also told police that he needed medical attention because he injected himself with meth and heroin about an hour before the crash.

Hospital staff confirmed alcohol and meth was in Moore's system. A blood test is also being performed.

Moore has been charged with multiple charges including aggravated assault, unlawful flight, and endangerment.