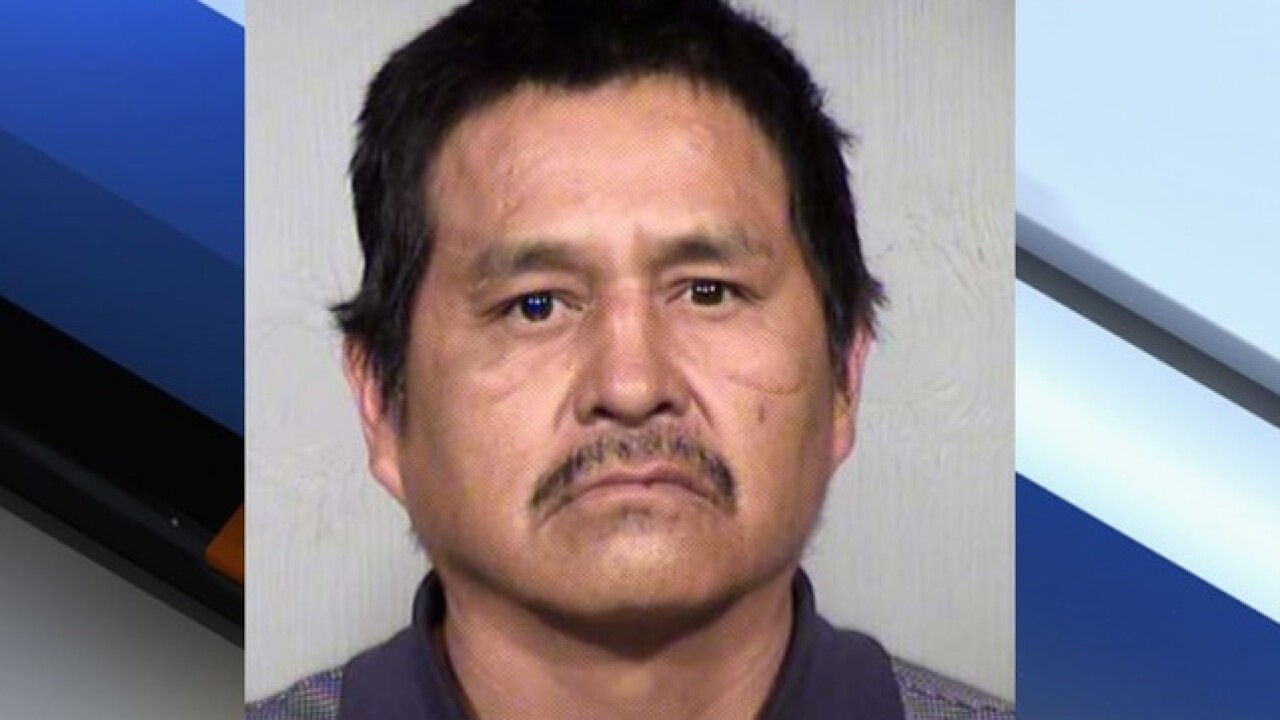 Copyright 2018 Scripps Media, Inc. All rights reserved. This material may not be published, broadcast, rewritten, or redistributed.
MCSO
<p>Harold Davis</p>

A DUI suspect with a 2-year-old child in the truck reportedly fled from the scene after causing a crash in Mesa.

Mesa police report that on August 14 around 1 p.m., they responded to Alma School Road and University Drive, for a hit-and-run crash.

The suspect, 48-year-old Harold Davis, was found in his truck nearby.

Police say they found pills and beer in the truck. Police also reportedly found a 2-year-old girl in the front seat.

Davis reportedly exhibited mood swings while talking with police and would cry one moment and yell the next.

He's been charged with aggravated DUI.