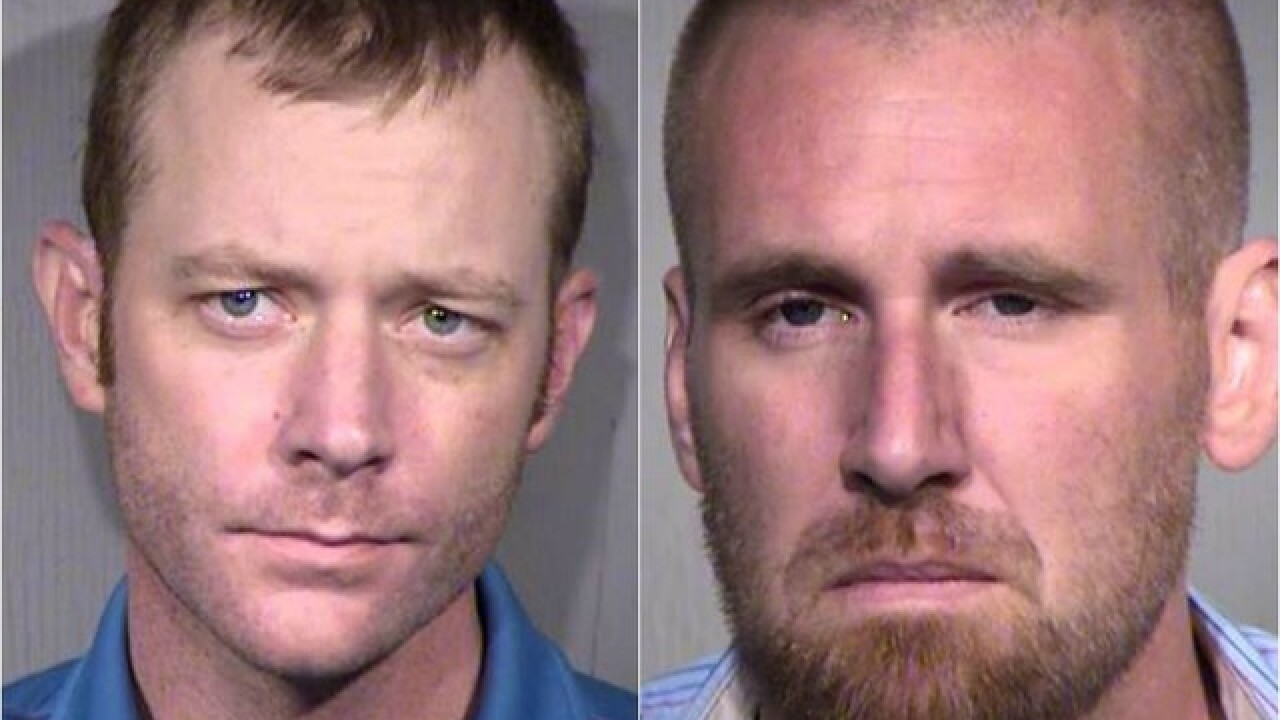 Two men were arrested in Tempe after using fake $100 bills to make purchases.

Store employees called police when the two suspects tried to use forged $100 bills to buy items.

When police approached their car in the parking lot, Pritchert ran. He was soon caught, and when police checked his wallet that fell from his pocket, they reportedly found seven fake $100 bills.

Bean was unable to start the car and was also detained by police. He was found to have two forged $100 bills.

In addition, police say they found a loaded hypodermic needle. The substance in the syringe was later tested and found to be heroin.

Bean and Pritchert have been charged with forgery.