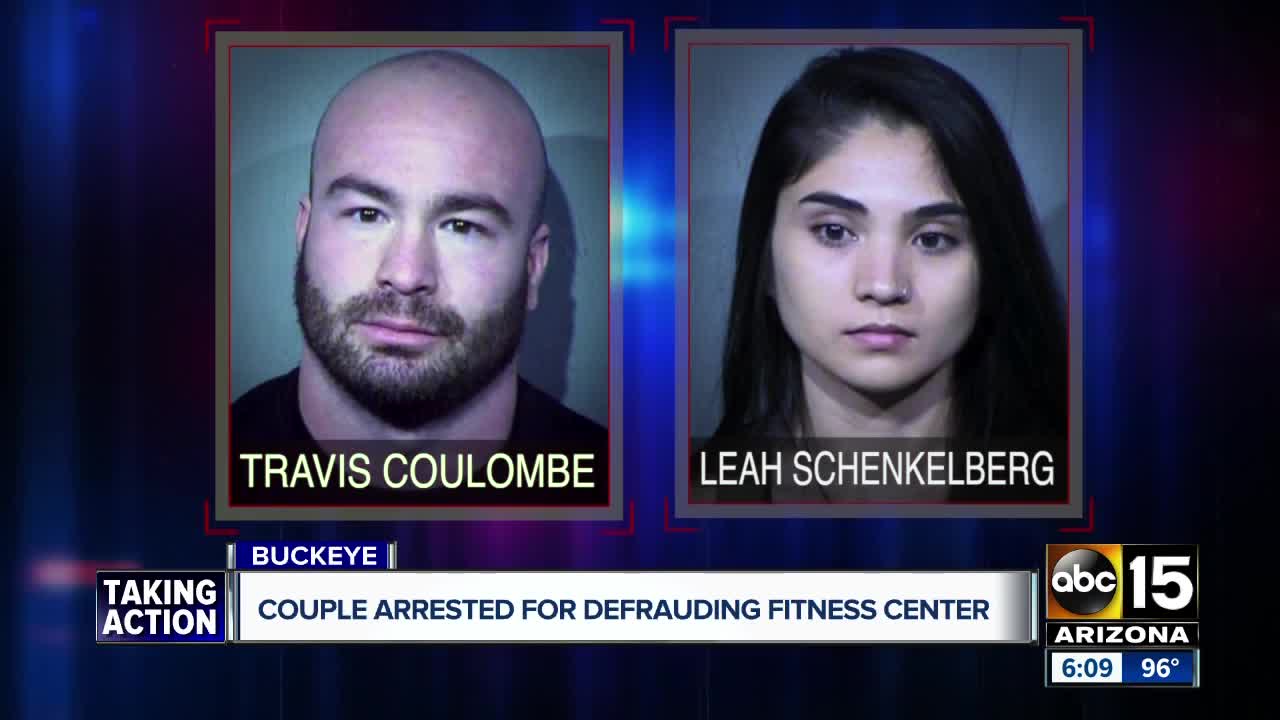 Personal trainers accused of defrauding Anytime Fitness in Buckeye over $22,000. 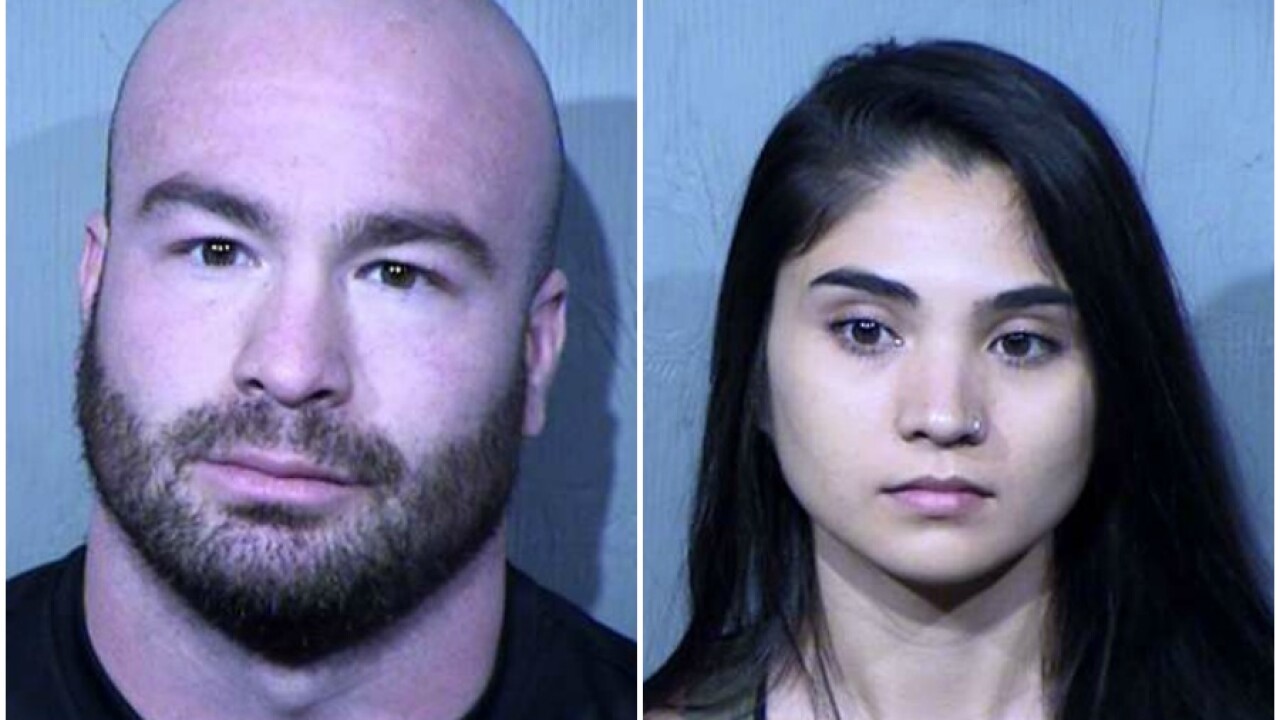 BUCKEYE, AZ — Two personal trainers are accused of defrauding a Buckeye fitness center of over $22,000.

The owner of Anytime Fitness reported to Buckeye police that Leah Elizabeth Schenkelberg, 25, and her boyfriend Travis Justin Coulombe, 28, created personal training sessions in the computer for members who were not present at the gym.

They also allegedly committed time card fraud for billing the gym for the time they were not actually at the gym.

Court records also show that when they were fired they canceled 13 member's contracts costing the gym nearly $13,000.

Upon her arrest, Schenkelberg made no comments to investigators.