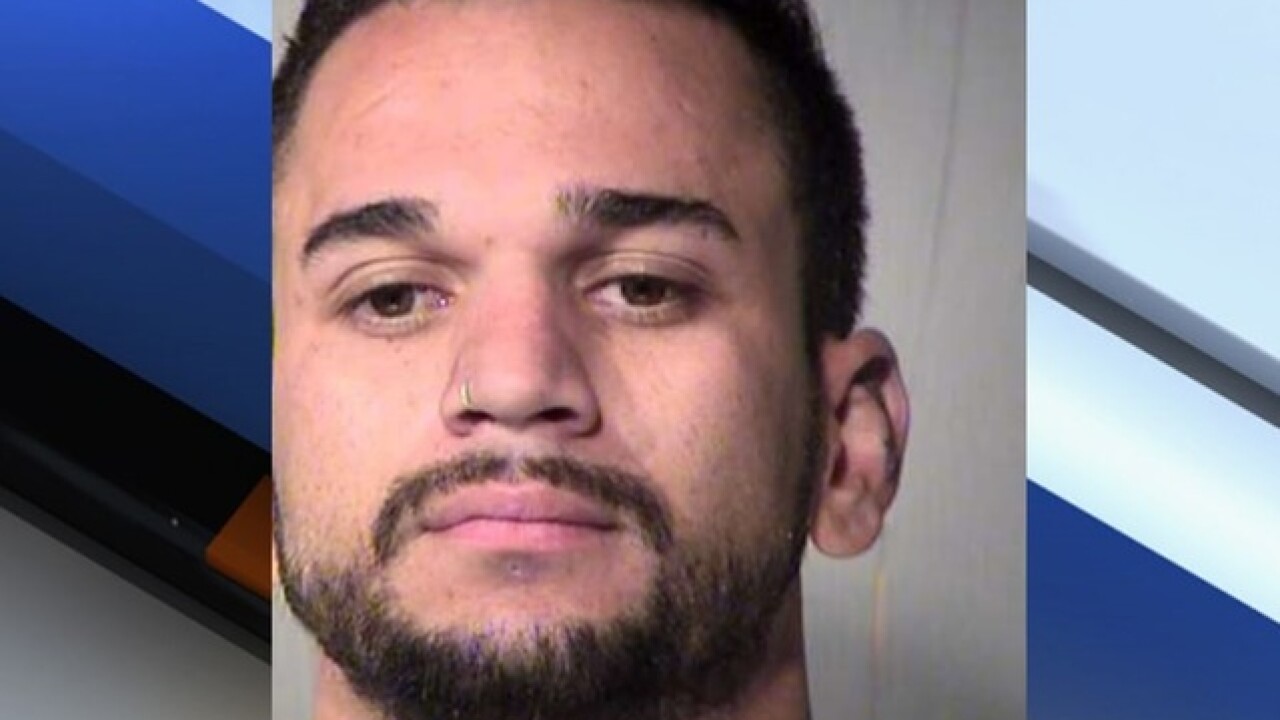 Copyright 2018 Scripps Media, Inc. All rights reserved. This material may not be published, broadcast, rewritten, or redistributed.
MCSO
<p>David Rubio</p>

A man discharged his gun into the ground to scare off a man with a knife and brass knuckles in Peoria.

Peoria police report that on September 13 they were called to an apartment complex near 82rd Avenue and Bell Road.

Witnesses say a man, identified as 28-year-old David Rubio, attacked three people by pushing them, pulling their hair, or punching them.

While hitting the last victim, Rubio allegedly pulled out a knife and brass knuckles and again advanced on the victim.

The victim pulled out a handgun and fired one shot into the ground, causing Rubio to run away.

He was later located, arrested, and charged with aggravated assault.