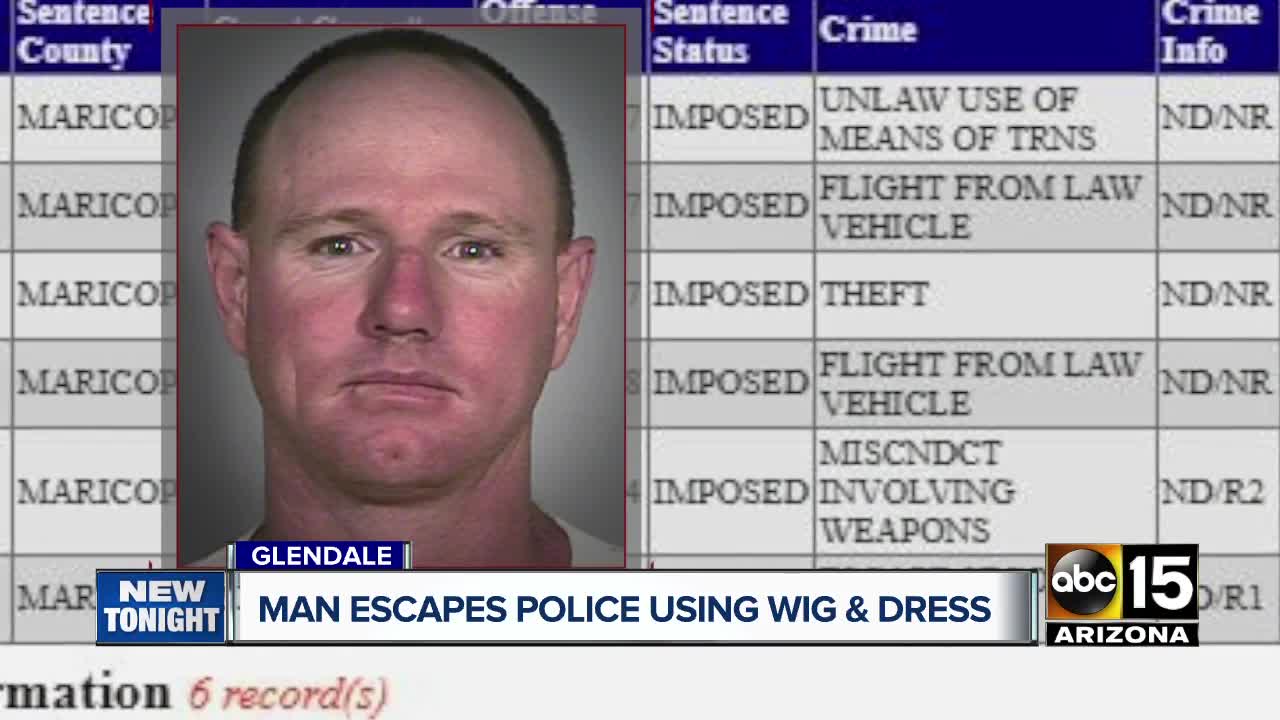 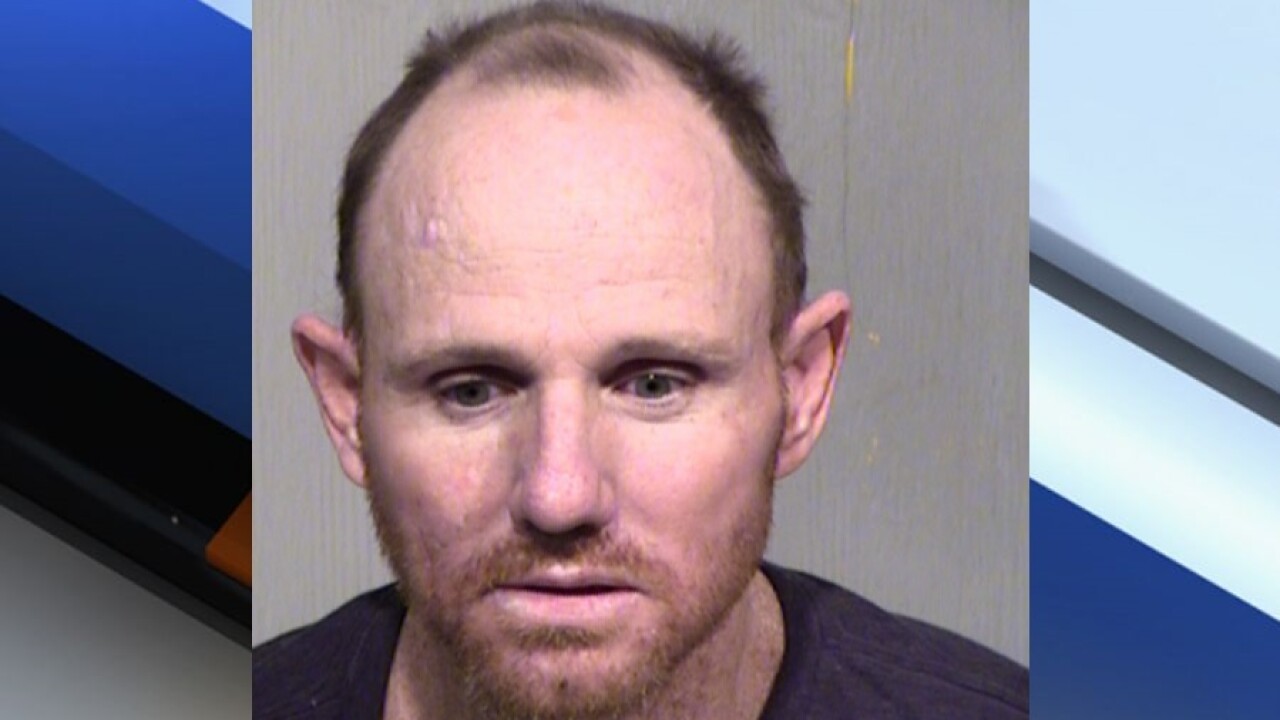 GLENDALE, AZ — A vehicle theft suspect allegedly used a dress and wig to elude police after ramming their cars with a stolen SUV.

On June 18, Glendale police received a report from a man saying he witnessed his daughter stealing a Chevrolet Silverado truck from his business. He also stated that he suspected his daughter, Toni Rose Dimick, 39, was involved in the theft of a Chevy Tahoe SUV from his company.

Detectives used their vehicles to box in Dimick, who then allegedly rammed their cars with the Tahoe. Police say two Glendale detectives were on foot and had to retreat behind a building to avoid being hit by Dimick who sped away.

The Tahoe was later discovered in the middle of a residential street near 75th Avenue and Camelback Road. Dimick allegedly entered a relative's home when he disguised himself using a dress and wig to avoid police.

Dimick was located and arrested on July 31 at a home in Buckeye. Upon his arrest, Dimick allegedly admitted to using the dress and wig saying, "he has gotten away with this technique in the past."

Police say Dimick said the Tahoe was a gift and he borrowed the U-Haul. He was taken to a local hospital for leg injuries related to an accident in 2018. After two surgeries he was released from the hospital and arrested Tuesday.

Police reportedly found the stolen truck and two additional stolen U-Haul trailers at a house in Litchfield Park where Dimick was said to have stayed.

ABC15 spoke with Ronald Dimick Sr. at his home, where his son got the wig and dress while evading police.

When asked how his son eluded officers, police dogs, and a helicopter for four hours, Dimick Senior was coy. "I can't tell you! He hid out pretty good. It’s amazing, they walked right by him three times," he said, smiling.

Dimick Sr. said he was upset that Glendale police "tore up" his house, flipping mattresses and TV's during the search for his son.

Toni Dimick was located and arrested on August 1 for vehicle theft and hindering prosecution. Ronald is being held on a $150,000 cash bond for criminal damage, unlawful flight, and multiple counts of aggravated assault and vehicle theft.

Dimick spent eight years in prison for theft, escape and running from police.