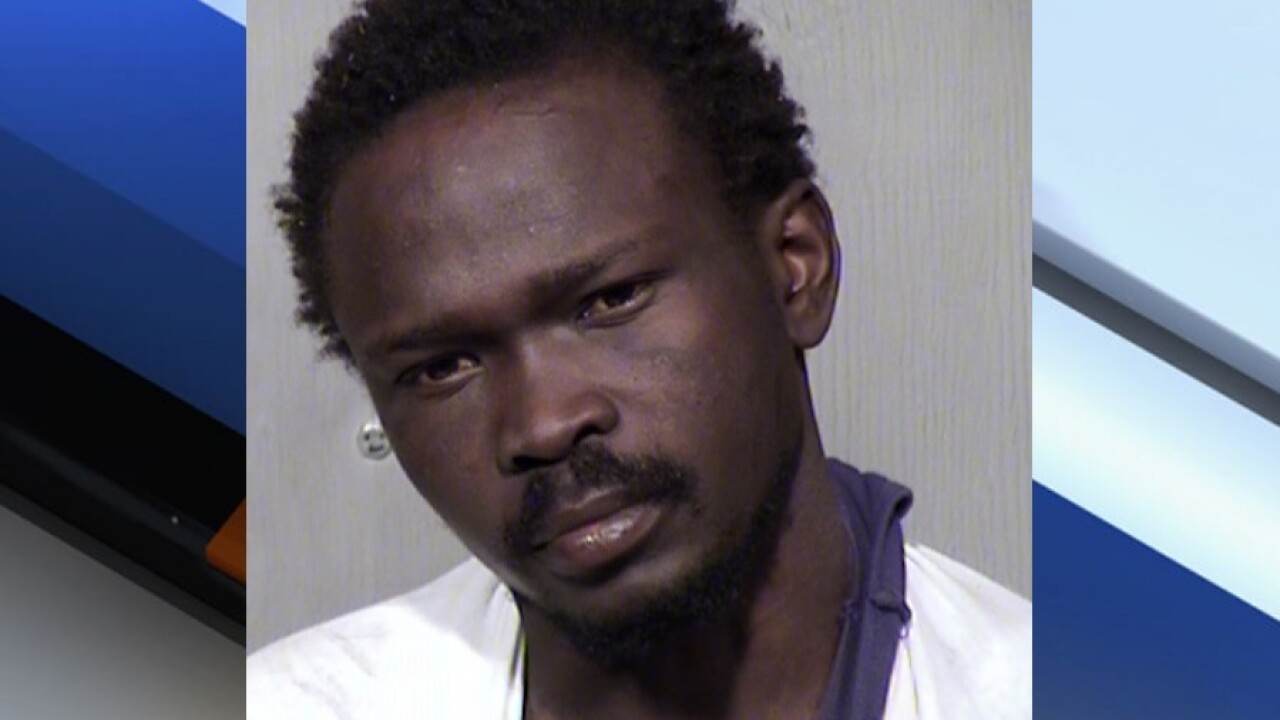 PHOENIX — A woman was able to fight off a man who allegedly tried to sexually assault her on a south Phoenix street.

Phoenix police report that on April 6 about 9:30 pm. Ciruai William Deng, age 27, was allegedly exposed when he approached a woman near 16th Street and Broadway Road.

He made statements about wanting to have sex with the woman, according to police.

The victim told Deng to leave, but instead, he allegedly grabbed the woman's breasts, pushed her to the ground and punched her several times.

Police say he was trying to sexually assault the woman when witnesses arrived, causing Deng to run.

Deng was spotted about two hours later, walking down the street. Witnesses pointed Deng out to police who arrested him.

Deng is being held without bond on charges of kidnapping, assault and attempted sexual assault.