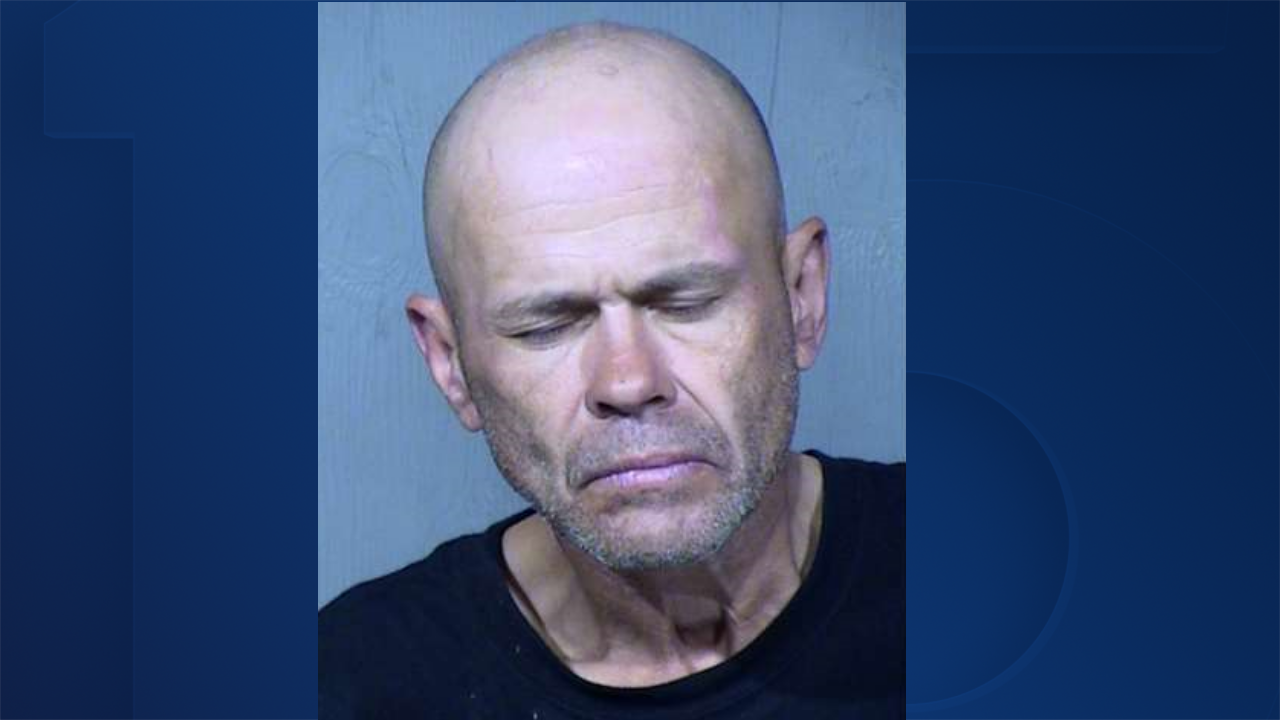 TEMPE, AZ — A police dog caught a man who threatened a Tempe store manager with a Popsicle stick.

Tempe police report that on January 27, a man, later identified as 48-year-old Joseph Anthony Walters, allegedly attempted to steal the cellphone of a customer at Gracie's Thrift Store, near McClintock Drive and Apache Boulevard.

When an assistant manager at the store asked Walters to leave, he allegedly told the manager, "I'm going to shoot you in the head." He then reportedly took a Popsicle stick from his pocket, pointed it at the manager's head, and lunged at him.

Walters did not make contact with the victim and fled.

He was soon seen by a Tempe patrol officer jumping a fence in a nearby residential area. He was found hiding in a shed. Walters came out of the shed after being bit a by a police dog.

Police say Walters left a backpack at the store, and inside they reportedly found several used syringes and a glass pipe.

Walters has been charged with multiple counts of attempted robbery and criminal trespassing.