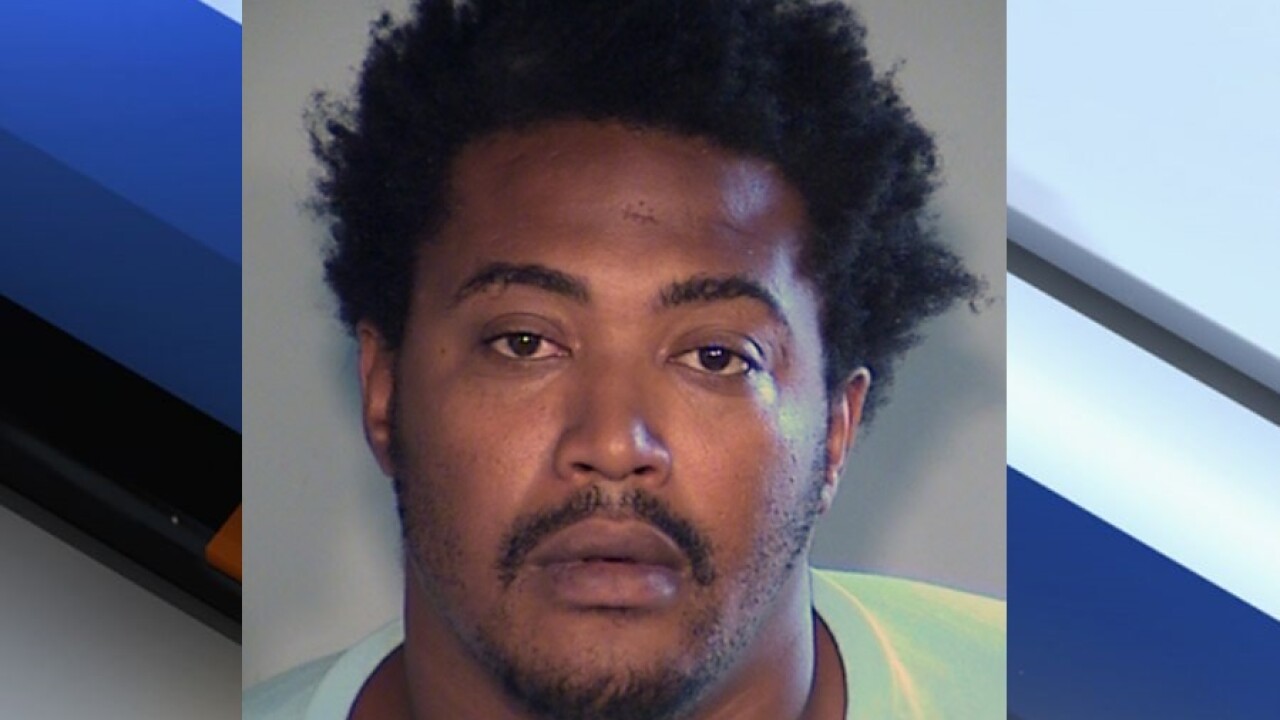 GLENDALE, AZ — A man recently released from prison is back behind bars after reportedly threatening a Glendale family and police saying, "Allahu Akbar, I have a bomb," court records show.

Glendale police report that on January 4 around 4 a.m., officers were called to an apartment complex near 67th Avenue and Bethany Home Road.

Upon arrival, police were told that 31-year-old Myron Tyquan Clark, who was previously thrown out of his family's apartment for alleged drug use, had returned to the apartment.

Clark reportedly broke a window and dove into the apartment, landing on two children, court paperwork shows. He later left the apartment.

Clark then allegedly went to another apartment and started pounding on the door yelling, "I have a bomb!" He then burst through the front window while seven residents were sleeping inside, police say.

The residents of the second broken-into apartment retreated into a back bedroom and held the door shut while Clark reportedly began punching through the door.

When police arrived, they heard the family screaming from a window they had broken out.

Police say three officers were at the top of the stairs when Clark jumped out of the front window, yelling, "Allahu Akbar, I have a bomb."

Court documents show Clark then grabbed a gun from an officer who had his weapon drawn, then proceeded to tackle the responding officer down the stairs.

Clark allegedly began punching the officer and "digging his finger into the officer's eye," court records show. Clark also reportedly fought with the other two officers before being tased and arrested.

Upon his arrest, Clark continued to say he had a bomb in the backpack he was carrying.

Court records show that Clark has six prior felony convictions and was released from prison in August 2019.

He was given a $100,000 bond on charges of burglary, criminal trespassing, and multiple counts of aggravated assault.