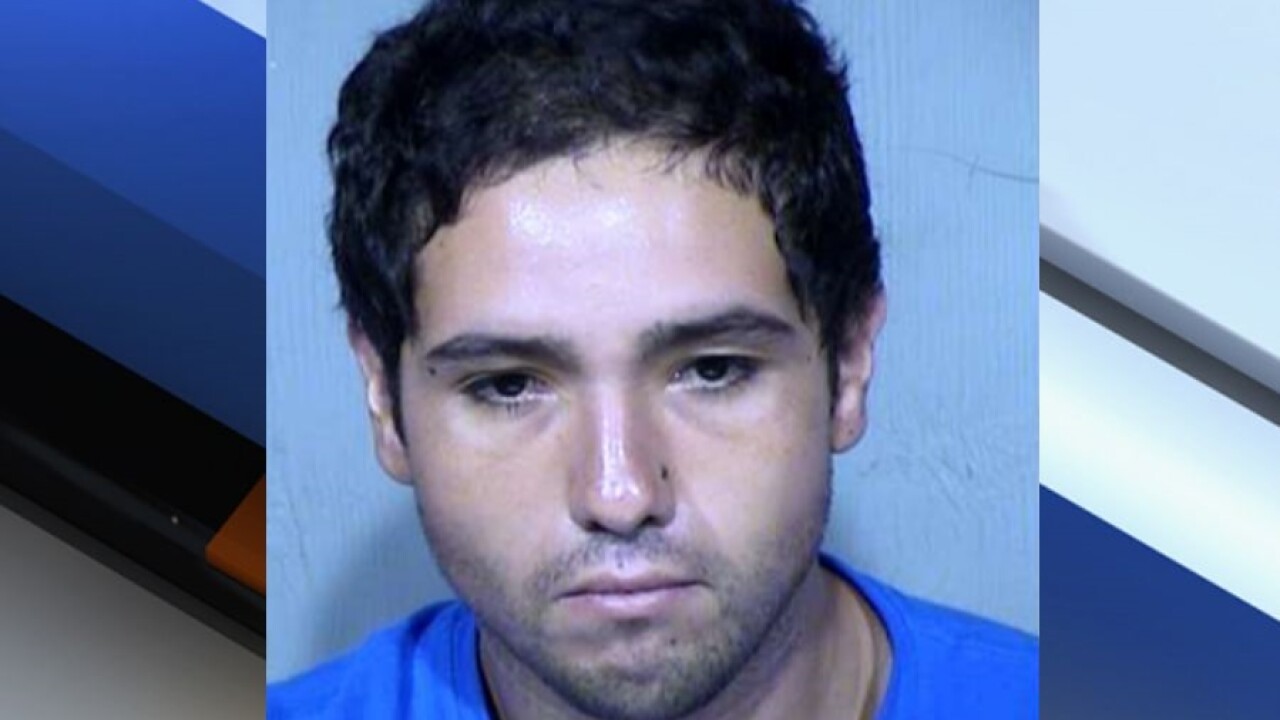 TEMPE, AZ — A man who allegedly stole from Victoria's Secret at Arizona Mills Mall 15 times was apprehended on his 16th robbery attempt, according to Tempe police.

Tempe police report that on August 16, they arrested 28-year-old Alexander Jose Martinez as he exited the Arizona Mills Mall.

Martinez was allegedly seen on store surveillance video stealing over $1,000 worth of merchandise from Victoria's Secret, police say.

Police say Martinez was seen placing items into a green duffle bag, then leaving the store without paying.

Court records show that Martinez was identified as the suspect in 15 other thefts from the same Victoria's Secret store with the robberies allegedly beginning on May 23.

Police say Martinez stole a total of nearly $27,000 worth of products from Victoria's Secret.

He has been charged with 16 counts of retail theft.