PD: Man pulls girlfriend out of her car then flees from Peoria PD parking lot 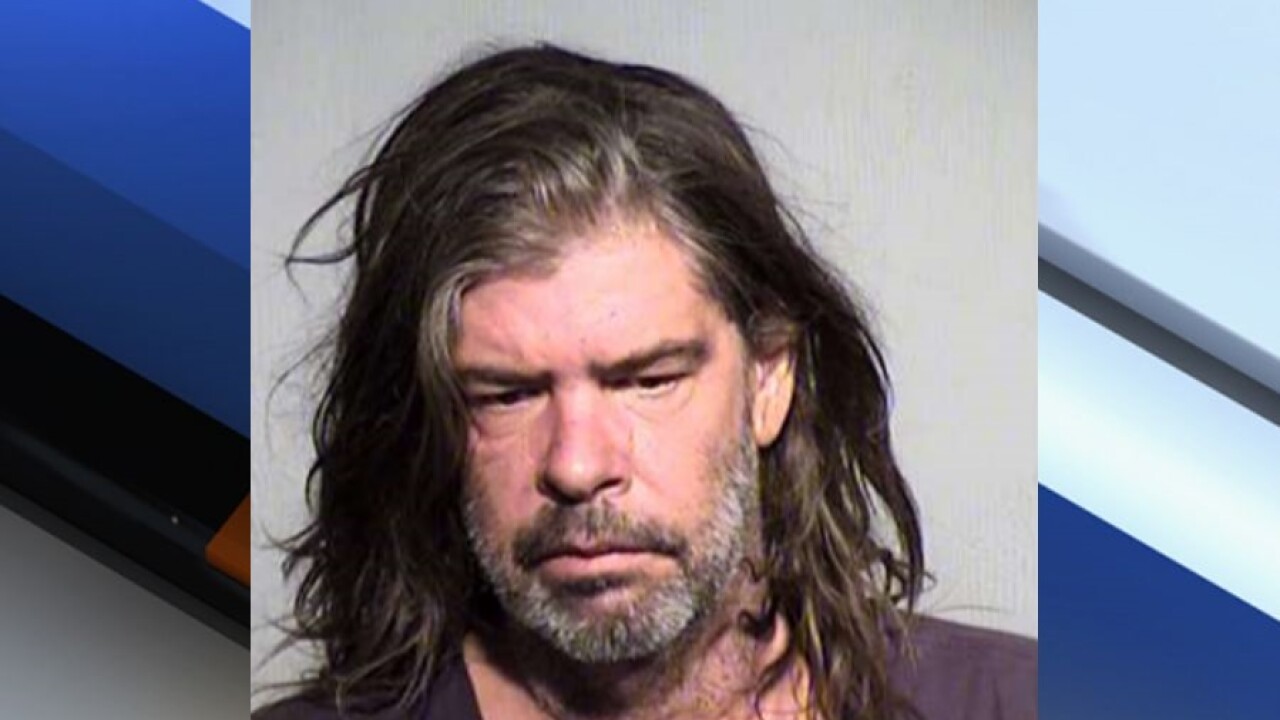 PEORIA, AZ — A man is accused of pulling his girlfriend out of her car by her hair then leaving the scene in her car outside a Peoria police station.

Peoria police report that on July 3 a woman took her intoxicated boyfriend away from harassing his 80-year-old mother. She reportedly drove him to the North Peoria Police Station near Lake Pleasant Parkway and Pinnacle Peak Road for help.

When she stopped the car, her boyfriend, 51-year-old Timothy Stevens, allegedly pulled her out of the car by her hair, bit her on the cheek and stole her car.

Police caught up with Stevens and arrested him in Sun City. Upon his arrest, Stevens reportedly told police that he "Got into a fight, pushed her out of the car and took off."

Court records show that this is his third D.U.I. arrest in four years. He was also driving on a revoked driver's license.

Stevens has been charged with assault and aggravated D.U.I.

If you or someone you know is the victim of domestic or sexual violence, there are several local and national organizations offering resources. Anyone in need of immediate assistance should contact either the Maricopa County Shelter Line at 480-890-3039, the National 24-Hour Domestic Violence Hotline at 1-800-799-7233, the National Sexual Assault Hotline at 1-800-656-HOPE (4673), or the Arizona Coalition to End Sexual and Domestic Violence at 602-279-2900. A number of organizations are available 24 hours a day for anyone at risk of experiencing domestic or sexual violence. See a directory of domestic violence programs here