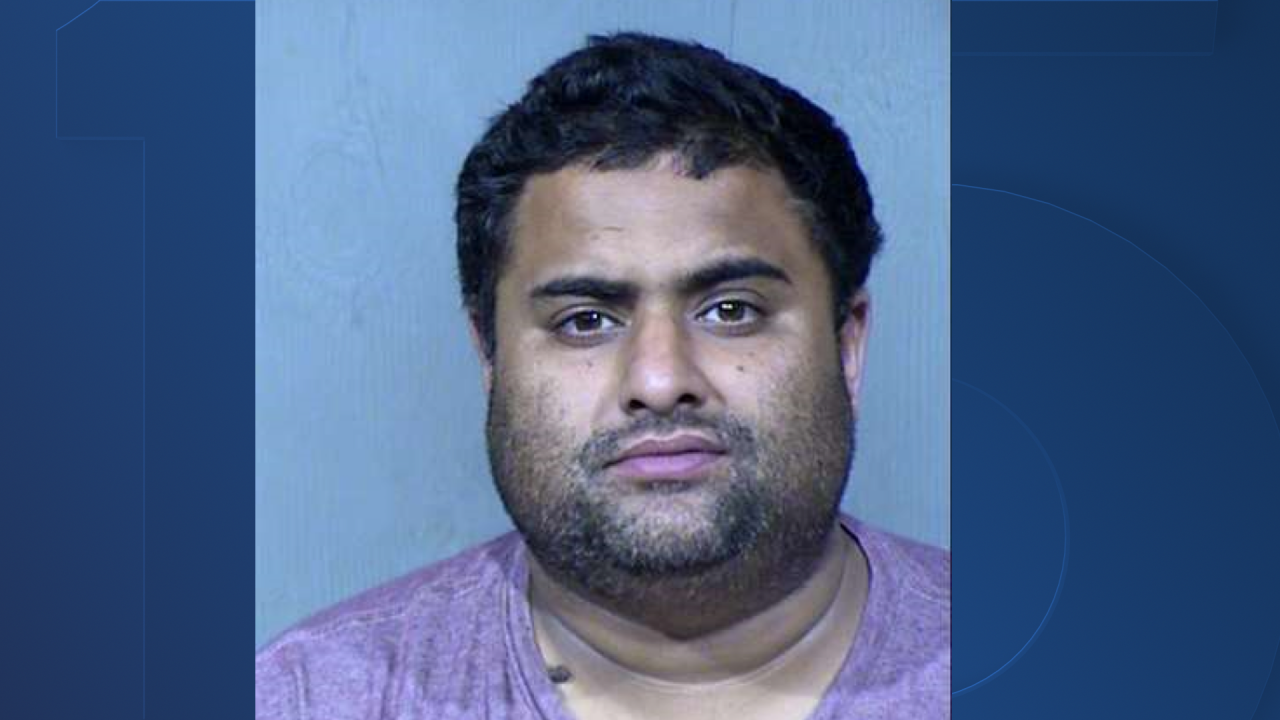 PHOENIX — A man is being charged after police say he hijacked a city bus and threatened the driver for a ride around central Phoenix and Tempe.

Phoenix police report that on the evening of March 14, a man identified as 32-year-old Dharmesh Marc Patel boarded a city bus near 32nd and Van Buren streets.

As the bus approached 44th Street, Patel allegedly reached behind his back and threatened the driver by saying he would "kill, shoot, and slash" him.

He reportedly made demands to keep driving eastbound and to not make any stops.

Police say they ended up in Tempe, where Patel allegedly demanded that the driver turn around and head back to central Phoenix.

Patel ordered the driver to let him off near 12th and Van Buren streets. Police located and arrested him about a half-mile away.

Patel has been charged with kidnapping.