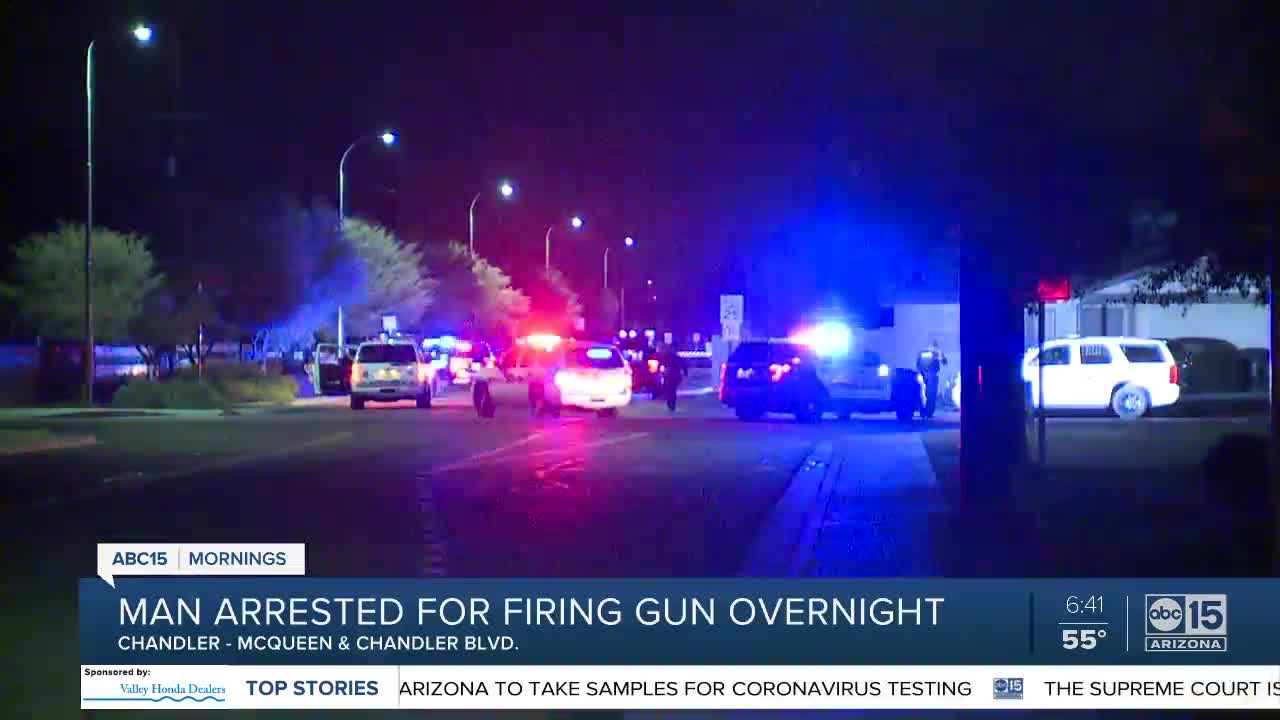 A man was arrested after a series of gunshots in Chandler overnight. CHANDLER, AZ — A man was arrested after firing multiple shots at police from a rifle.

Chandler police report that just after midnight Tuesday, they responded to an apartment complex near McQueen Road and Chandler Boulevard for reports of shots being fired.

When they arrived, their vehicles started being hit by gunfire. Police say their patrol vehicles were hit multiple times, and the shots were coming from an apartment.

They saw the suspect, later identified as Zachary Victor Rhodes, 26, running from the apartment and into a field. A police helicopter reportedly spotted Rhodes firing a handgun. He soon discarded the pistol and was arrested by Chandler SWAT officers.

Police say they located the AR-15 rifle and the handgun. More spent casings and ammunition were found in Rhodes' apartment, according to police.

Upon his arrest, Rhodes allegedly told police that "he had been training for this his whole life."