PD: Man exposes himself to 2 women in Biltmore area 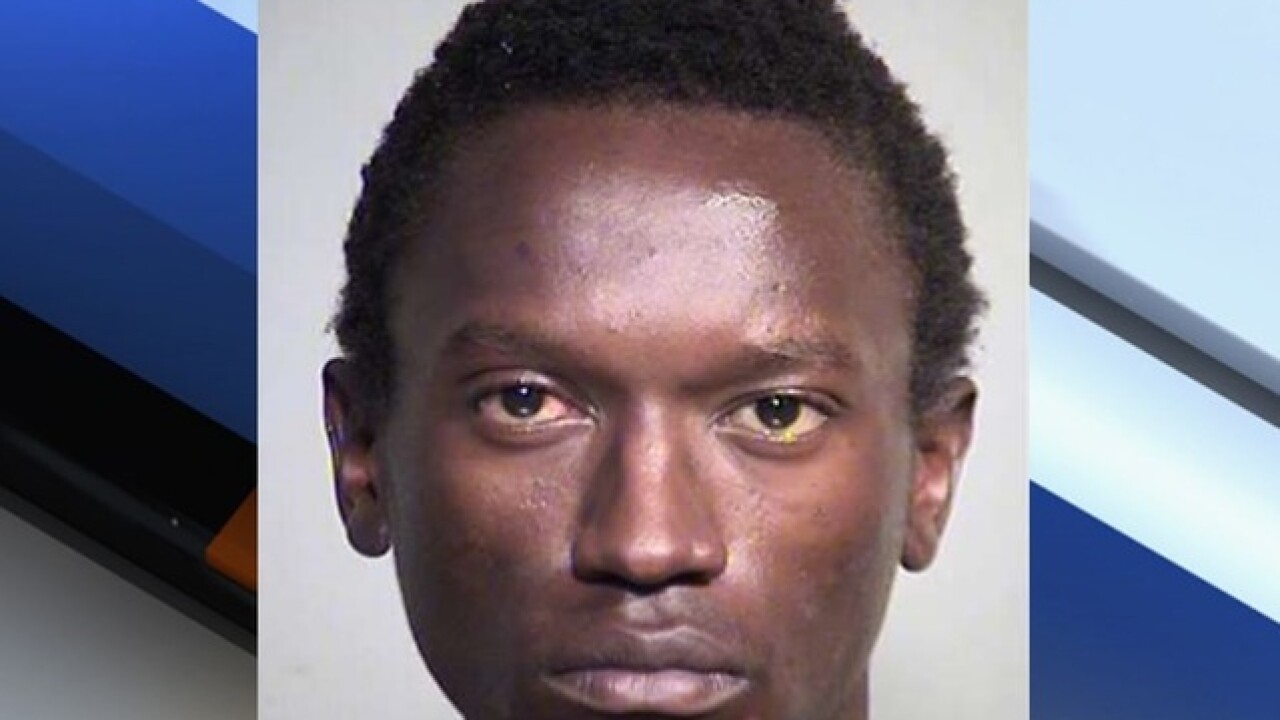 A man has been arrested after allegedly exposing himself to two women in the Biltmore area recently.

Phoenix police report that at about 6:30 a.m. on October 30 a woman was in her car, leaving for work when 25-year-old Brian Kibiwot Chuchuney, allegedly stood in front of her car and exposed himself.

The woman managed to drive away and call the police.

Police say another woman was walking her dog when Chuchuney approached her saying how cute her dog was. He then reportedly reached out to shake her hand and introduced himself as "Brian."

He then pulled the woman close to him and used his other hand to expose himself, before running away.

He's been charged with kidnapping and indecent exposure.