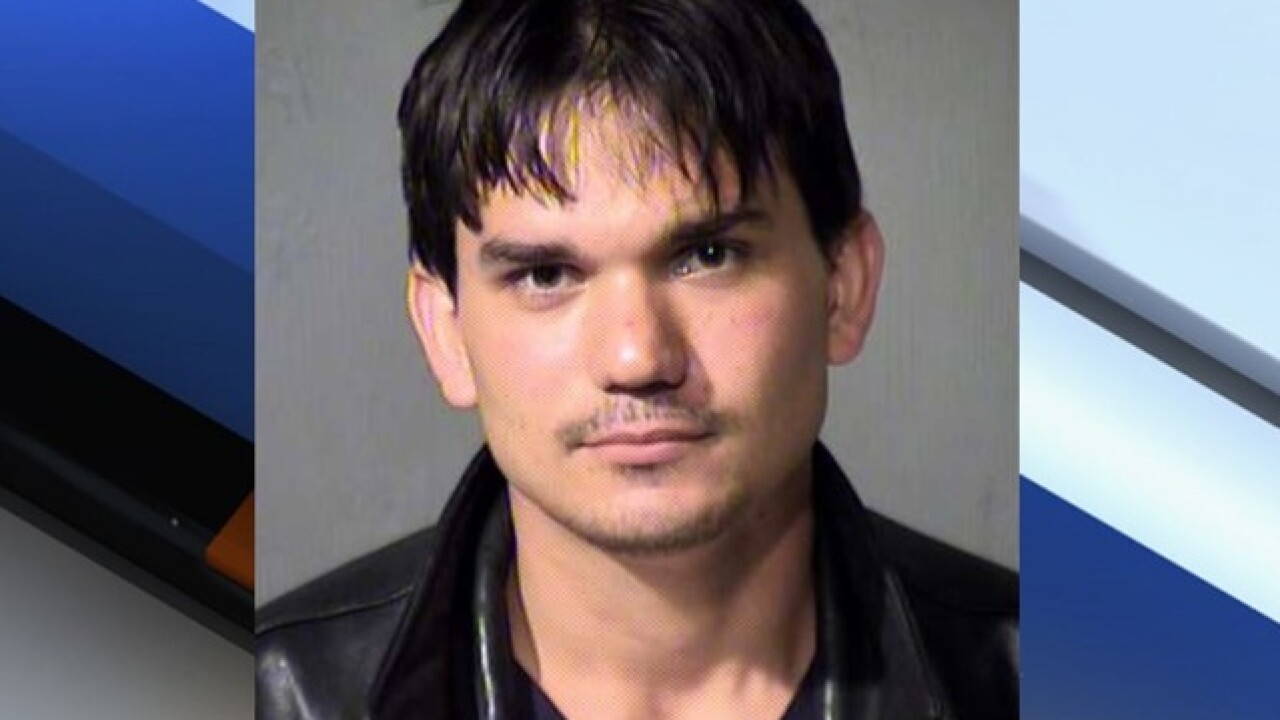 A student is accused of stealing thousands of dollars worth of printer cartridges from Paradise Valley Community College.

Court records show that just after midnight on Feb. 26 a man, later identified as 24-year-old Blake Skowron, entered the college near 32nd Street and Union Hills Drive and broke cabinets and took $2,000 worth of printer cartridges.

Skowron told police that he entered the building through an unlocked door. He then allegedly pried open several cabinets and grabbed the cartridges, authorities said.

According to officials, he received a phone call from his mother who informed him that police were outside in the parking lot waiting by his car.

Police were called to the campus after receiving reports about a suspicious vehicle in the parking lot. They contacted Skowron's mother who owns the car.

Security officials reviewed footage that reportedly showed Skowron prying open and taking the cartridges, storing them by the door, receiving a phone call, and then leaving.

Skowron was arrested later that night at his home in morth Phoenix.

The school estimates the damage done to the doors and cabinets to be about $5,000.

Skowron has been charged with burglary.