PD: Man caught on I-17 near Northern after trying to run down officers 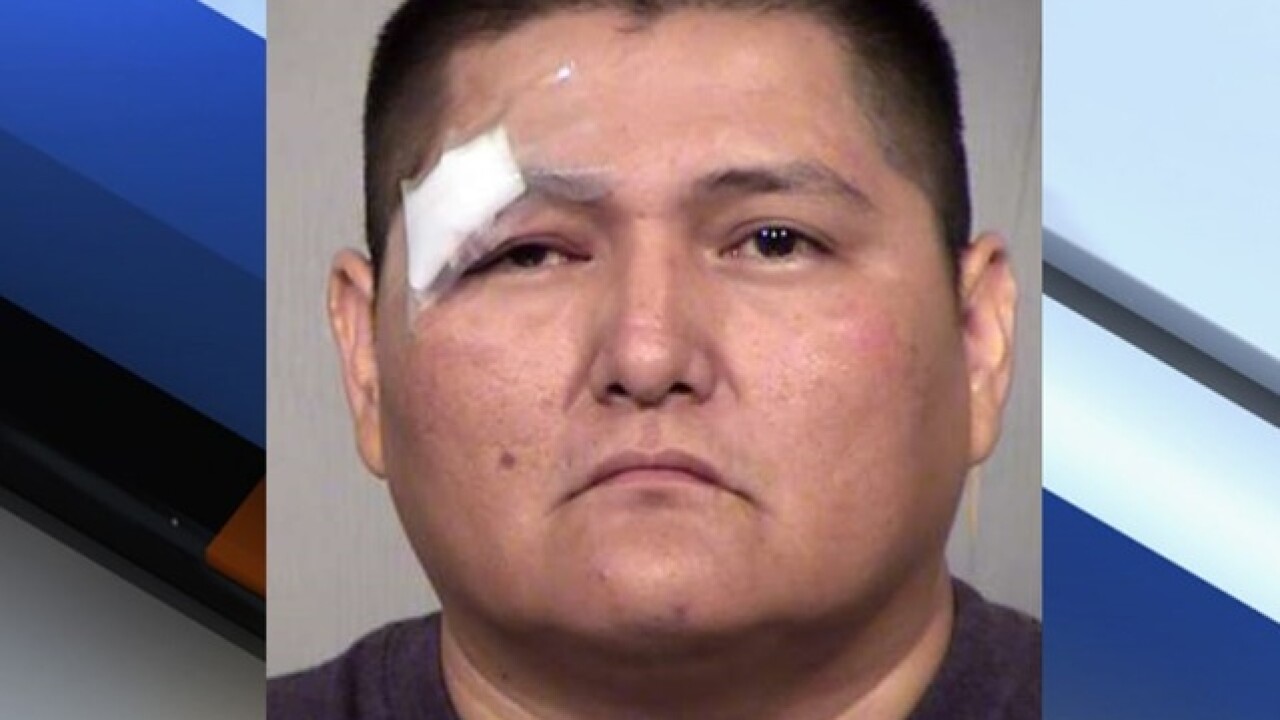 Copyright 2018 Scripps Media, Inc. All rights reserved. This material may not be published, broadcast, rewritten, or redistributed.
MCSO
<p>Harry Evans</p>

A suicidal man was captured on the freeway after attempting to run over officers.

Phoenix police report that on August 17 they responded to a home near 27th Avenue and Camelback Road.

A woman was concerned for her safety because her boyfriend, 36-year-old Harry Evans, was "heavily intoxicated" and throwing furniture.

Evans left home in his truck before police arrived, but reportedly called police after returning home.

Although Evans said he was in the house with a handgun and rifle, a truck swerved around patrol cars that were blocking the street and nearly hit two officers.

Evans was determined to be the driver of the truck.

He was located on Interstate 17 near Northern Avenue after sideswiping a car and coming to a stop.

Police deployed gas before capturing Evans in the vehicle.

Police say Evans blew a .228 on a portable breathalyzer.