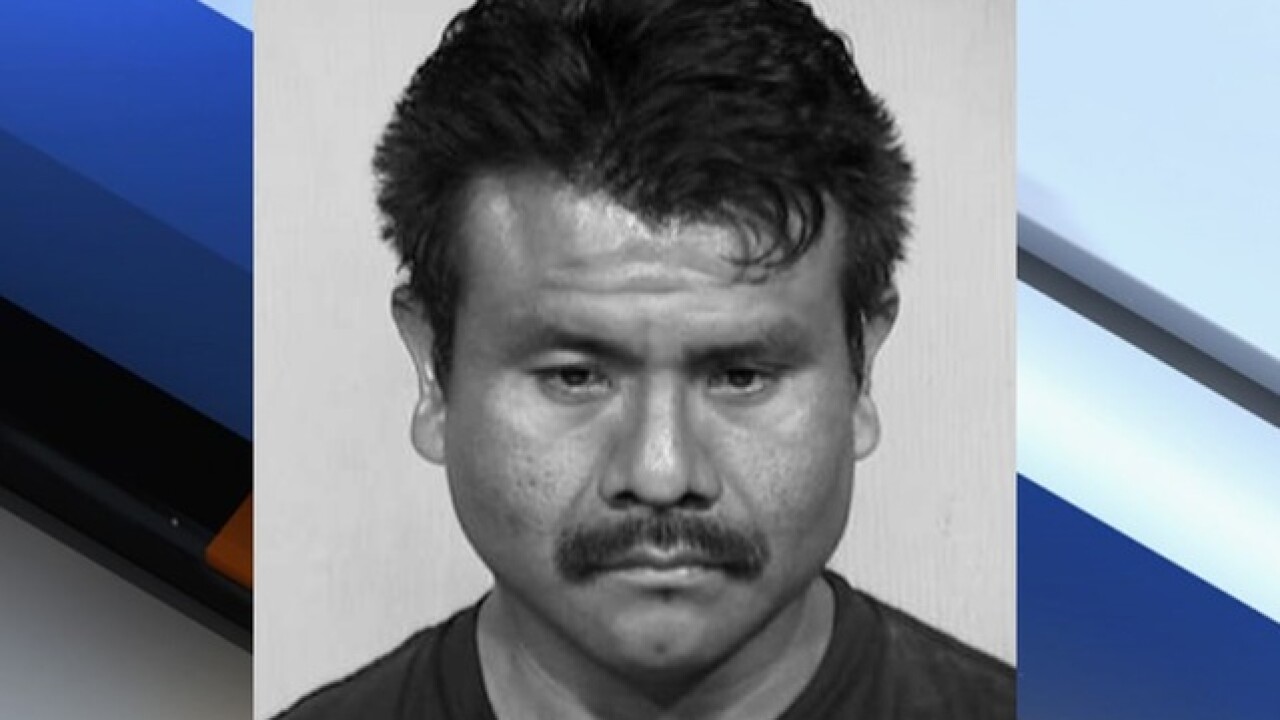 Copyright 2018 Scripps Media, Inc. All rights reserved. This material may not be published, broadcast, rewritten, or redistributed.
MCSO
<p>Fernando Rodriguez</p>

A man was arrested after reportedly groping a 14-year-old girl outside of a clothing store at Arizona Mills Mall.

Tempe police report that on September 7, they responded to Arizona Mills Mall near Priest Drive and Baseline Road.

Police say a 14-year-old girl and her cousin were walking out of a clothing store when 42-year-old Fernando Rodriguez groped one of the girls.

Rodriguez reportedly told police that he accidentally brushed up against the girl. However, police say surveillance video of the incident shows a different story.

Rodriguez has been charged with aggravated assault.