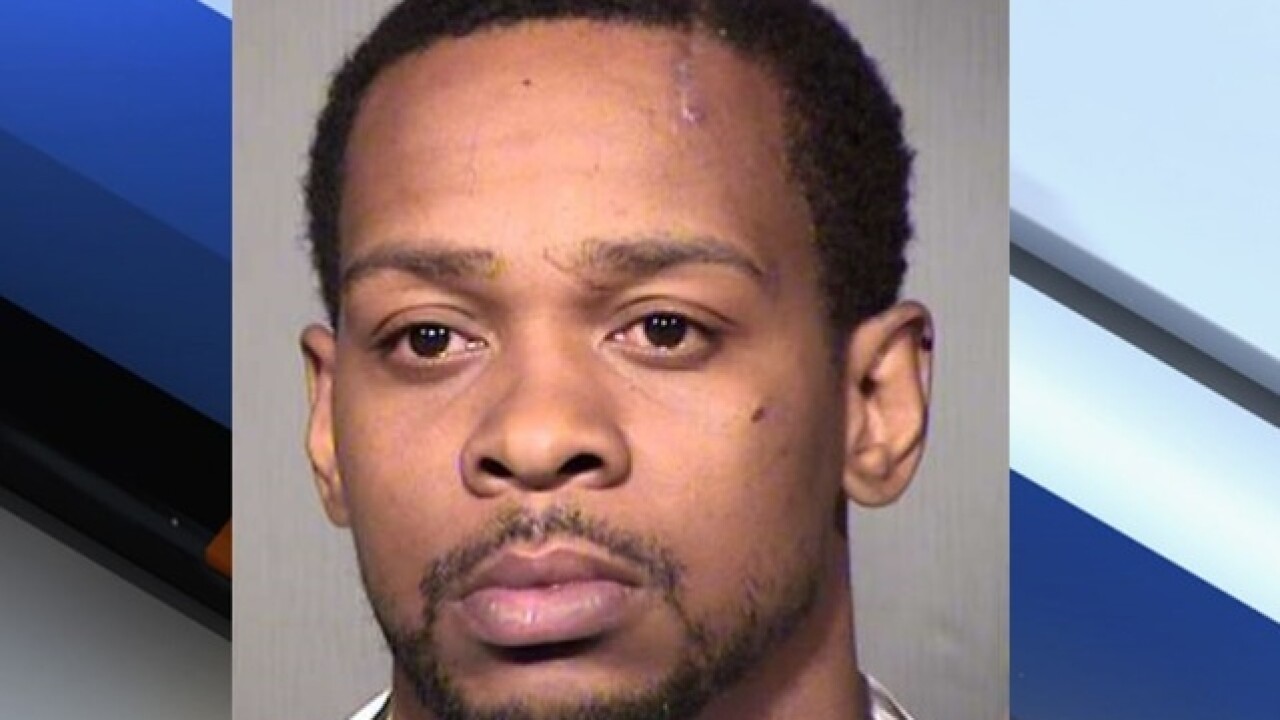 Copyright 2018 Scripps Media, Inc. All rights reserved. This material may not be published, broadcast, rewritten, or redistributed.
MCSO
<p>Derrick Lamb</p>

Police say a Phoenix woman was beaten and strangled after filing a harassment order against her ex-boyfriend's former girlfriend.

Phoenix Police report that on Feb. 24 they received a call that a woman had been kidnapped, by her ex-boyfriend 34-year-old Derrick Lamb.

Police say Lamb was upset because the woman filed a harassment injunction against his ex-girlfriend.

Lamb allegedly took her and the car she was driving near 43rd and Southern avenues then beat and strangled her while he was driving.

He later dropped her off at a hospital but then changed his mind and ordered her back into the car by threatening to kill a family member.

Police located the vehicle, but Lamb sped away, eventually bailing out of the car and escaping.

Police found and helped the victim who was bleeding and missing teeth.

Lamb was located and arrested later that day, for kidnapping and aggravated assault.