PD: Infant "drenched in sweat" after being left in hot car in Peoria 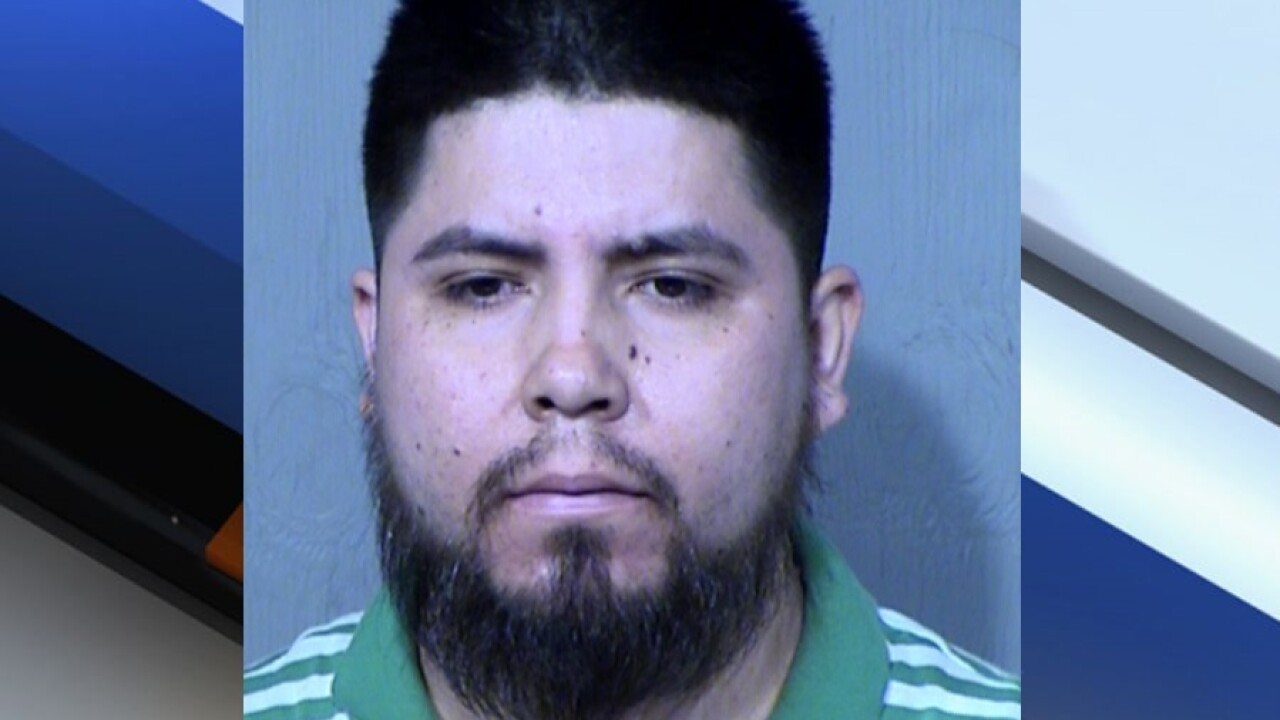 PEORIA, AZ — A man was arrested after reportedly leaving his one-year-old son in a hot car in Peoria, according to court documents.

Immigration and Customs Enforcement arrested Juan Gonzales Rodriguez after a warrant was issued for his arrest when he failed to appear for a court date based on charges of child abuse.

On August 25, Peoria police responded to 107th and Olive avenues for reports of a missing child. The mother of the one-year-old child told police that Rodriguez was supposed to drop off the infant at his grandmother's home, but Rodriguez never arrived.

When police arrived at Rodriguez's apartment, they reportedly saw two men in the back of a car, along with the one-year-old victim. According to police, the infant was "drenched in sweat."

Police say the temperature in the car was 93 degrees. Officials determined the child was in the car for about three-and-a-half hours before they arrived.

According to court records, Rodriguez told police that he drank alcohol and intended to drive the child to his grandmother's home, but he left the child unattended to use the restroom.

Rodriguez was arrested at the scene but later was given supervised release. When he didn't show up for his next court appearance, a warrant was issued for his arrest.

He is now being held without bond.