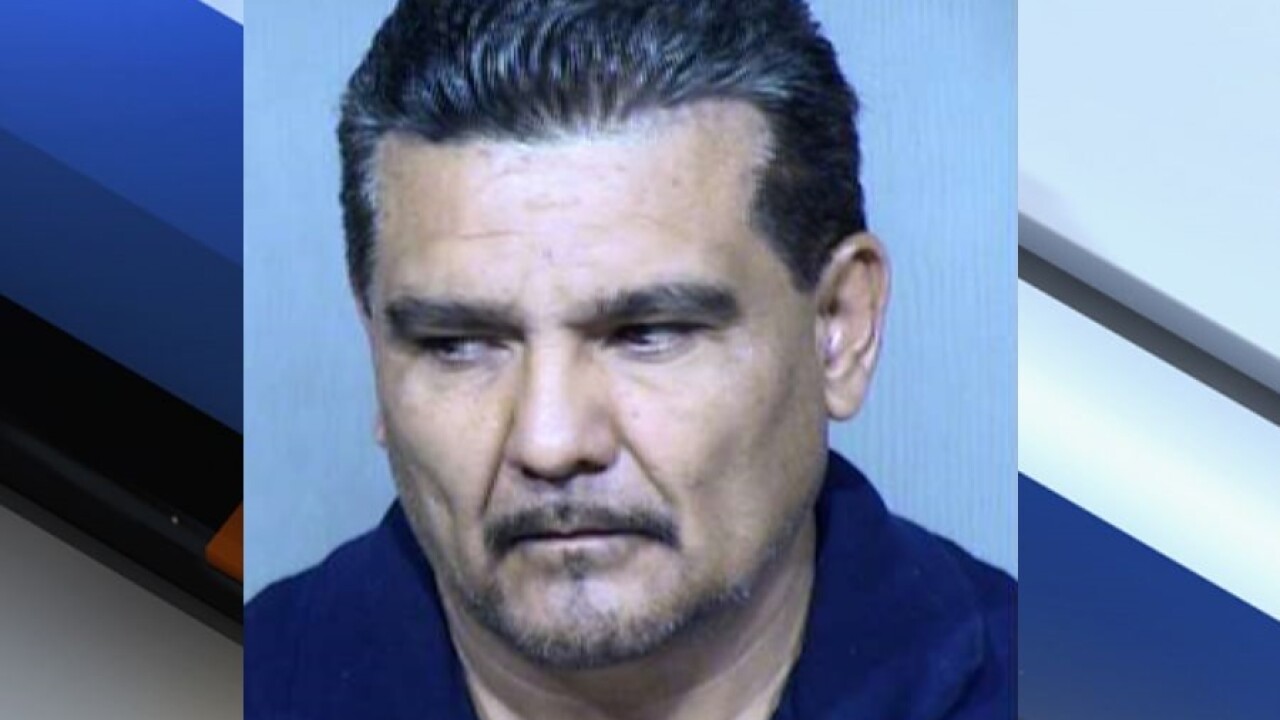 PHOENIX — An ice cream truck vendor is accused of choking and assaulting a child customer.

Phoenix police report that on September 3, they were called to a neighborhood near 19th and Peoria avenues for a reported fight.

Ruben Ruiz, 50, reportedly told police that the 9-year-old juvenile was harassing him outside his ice cream truck. He also allegedly admitted to pushing the child.

Court records show that the boy had "slight marks on his neck area and no kick marks" when observed by police.

Ruiz has been charged with aggravated assault.