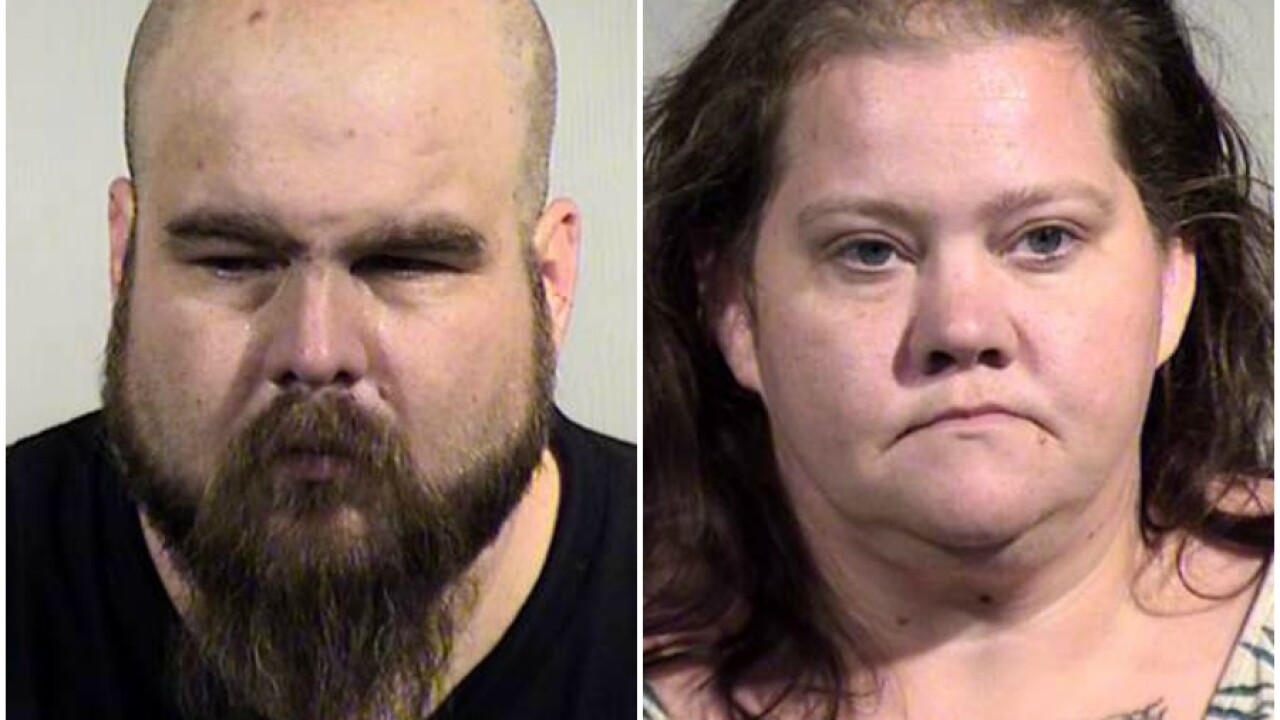 GLENDALE, AZ — A husband and wife were arrested after breaking into 11 storage units in Glendale, according to court documents.

Glendale police report that on August 7, James and Kristina Bahr were arrested at their home near 19th and Peoria avenues.

The Bahrs are accused of breaking into 11 storage units near 43rd and Glendale avenues.

On June 10, the storage unit manager called police after approaching James and Kristina at their storage unit and noticing 11 units near theirs were damaged.

Police say nine out of the 11 units were being rented at the time. The manager reviewed surveillance video and reportedly saw the couple taking items from the damaged units.

Court records show that the value of the items stolen or damaged is about $6,000.

James and Kristina have been charged with criminal damage and seven counts of burglary.